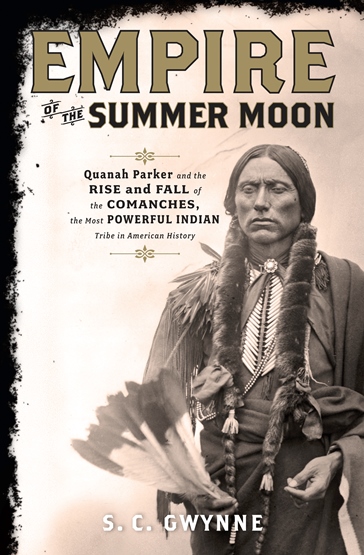 Empire of the Summer Moon:

This book covers the legendary fighting skills of the Comanche and their fascinating lives. Native American Indian stories represent the fight between the old and new, it represents the changing times and the conflict of change. This book captures all these aspects in a simple yet powerful narrative style.

The war with the Comanche lasted for almost four decades. The Comanche were so powerful at war that they were able to hold their fort against the invading colonial Spain from Mexico and the French expansion. This book will dazzle you with their abilities and their painful story.

Empire of the summer moon is written in a simple and beautiful story telling format which is both easy to read and understand. Read this book to expand your awareness of world history. The conflict between the Native American Indians and the modern changing world will open a new way of looking at things.