What the world has done to the Victim?

Reduction of mortality among children under the age of 5:

Halt and reverse the spread of HIV/AIDS:

Halt and reverse the spread of malaria and other diseases 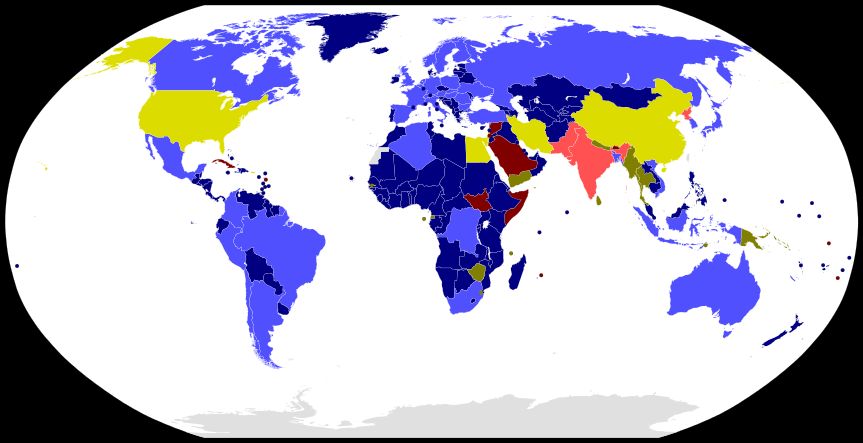 CTBTO is the preparatory commission which establishes global verification regime to monitor compliance with the CTBT. The verification regime includes a global network of 330 plus monitoring facilities using seismic, hydroaucostic, infrasound and radionuclide technologies.

Why India has not signed CTBT?

India’s growing security concerns about Pakistan’s acquisition of nuclear weapons capability and the assistance that China has provided in this regard is one major reason why India chose to oppose CTBT in 1996.

India finds CTBT a threat to national security because of its,

India has not signed NPT and CTBT. Does this imply that India is against nuclear disarmament? The answer is obvious No. the following section explain India’s solid support to global disarmament.

India has supported the treaty’s basic principle of banning nuclear explosions by declaring a unilateral moratorium on nuclear testing. India’s expressed support to the essential requirement of the treaty makes it a de facto member of the CTBT.

The voluntary moratorium was intended to convey to the international community the seriousness of India’s intent for meaningful engagement. The government maintained that “subsequent decisions will be taken after assuring ourselves of the security needs of the country.”

India thus consistently supported the view that a CTBT was an essential element of the disarmament process and it opposed any conduct of nuclear tests by any state under the garb of safety reasons.

Why India should accede to CTBT?

Once India signs the CTBT, some of the other hold-out states are likely to follow, such as Pakistan. Others like the U.S. (whose Senate is blocking the ratification though the U.S. government has signed it) and China would also come under pressure to accede to it. Thus India will be able to reverse the current non-proliferation pressure which makes sense not only from a strategic point of view but also from a normative perspective. Signing the CTBT, then, is in India’s enlightened self-interest.

The concerns about radioactive fallout became more pronounced after US tested a hydrogen bomb in 1952 and later USSR detonated a nuclear warhead in 1961.

Hence, the belief that PTBT would play a crucial role in reversing the intense arms-race among the NWS was essentially flawed.

NFU refers to a pledge or a policy by a nuclear power not to use nuclear weapons as a means of warfare unless first attacked by an adversary using nuclear weapons. Earlier, the concept had also been applied to chemical and biological warfare.

Declaration of the INDCs on Mahatma Gandhi’s birthday, as the man signifies Indian values of frugality and sustainable development.

The action plan is built around three elements:

What are India’s Intended Nationally Determined Contributions (INDCs) on climate change going to look like?

There is a possibility of India emulating the Western ‘model’ of development at home, which encourages a market-driven consumer culture.

India’s cumulative emission is only 3 per cent,

The SDGs emphasize the importance of “responsible consumption and production”

Plansare “fair and ambitious considering the fact that India is attempting to work towards low carbon emission pathway while endeavoringto meet all the developmental challenges the country faces today.”