Moving from Cash to Card payment: Why is it a win-win situation for all?

Incentives for Merchants/Service Providers to move towards acceptance of cashless payment mode: 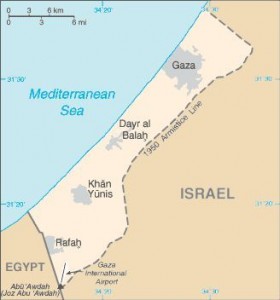 The West Bank is a landlocked territory near the Mediterranean coast of Western Asia, forming the bulk of the Palestinian territories. The West Bank shares boundaries to the west, north, and south with the state of Israel, and to the east, across the Jordan River, with Jordan. The West Bank also contains a significant coastline along the western bank of the Dead Sea.

The Gaza Strip is a pene-exclave region of Palestine on the eastern coast of the Mediterranean Sea that borders Egypt and Israel. Gaza makes up part of the Palestinian territories which includes the West Bank. In 2012 the United Nations General Assembly “accorded Palestine non-Member Observer State status in the United Nations”. 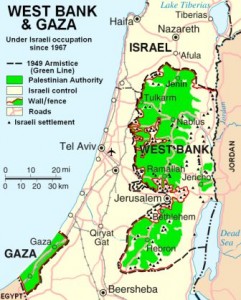 The Gaza–Israel conflict is a part of the wider Israeli–Palestinian conflict. Palestinian militant actions escalated in the Gaza Strip following the overwhelming election to government of the Islamic political party Hamas in 2005 and 2006. The conflict escalated with the split of the Palestinian Authority to Fatah government in the West Bank and the Hamas Government in Gaza and the following violent ousting of Fatah. Palestinian rocket attacks on Israel and the joint Israeli-Egyptian blockade of Gaza have exacerbated the conflict.

What is Heat Wave?

How does it occur?

Importance of Capacity-building in the Banking Sector:

With regard to Regulators:

Please feel free to share your thoughts on IASbaba’s Daily Current Affairs. Your valuable feedback is the only motivating factor for our Team.