No Indian educational institution in global list of top 300 universities

There may be several top class universities in the country but not even a single institute from India figures in the top 300 overall ranks in the global rankings released recently by Centre for World University Rankings.

Why is there no room for an Indian university in the top global rankings?

What is the justification given by IIT Chairman? 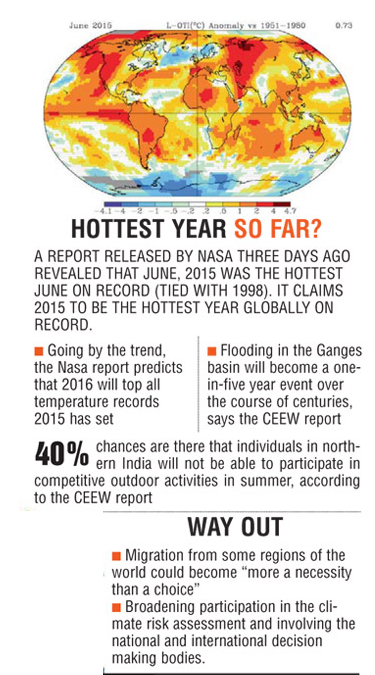 What are some alarming facts said by climate scientists?

What are the Key assessment areas of the Report?