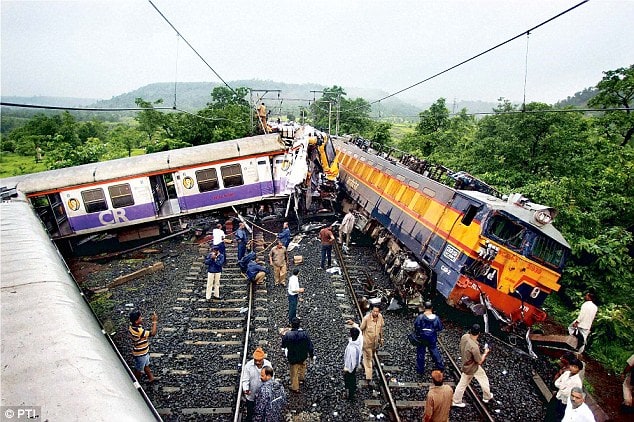 A statistical look into railway accidents and safety:

Reasons for lack of railway safety:

Such technologies could have helped prevent the 32 train collisions that took place in India since 2008, according to official figures.

According to official figures, there were 18 train accidents last year due to faults of drivers and other railway staff.

There were 273 train derailments in India since 2008, 28 of which took place last year, according to official figures.

A step towards railway safety:

Anil Kakodkar committee recommendations on railway safety would be appropriate at this backdrop .

Why the present stalemate?

LokSabha lost 61% of the time scheduled for Question Hour and RajyaSabha lost 59%.

The current LokSabha has 76 MPs accused of multiple serious crimes with an average of three cases each.

IASbaba’s Compilation of Think and Learn-Mains