Digital India: Its challenges and opportunities 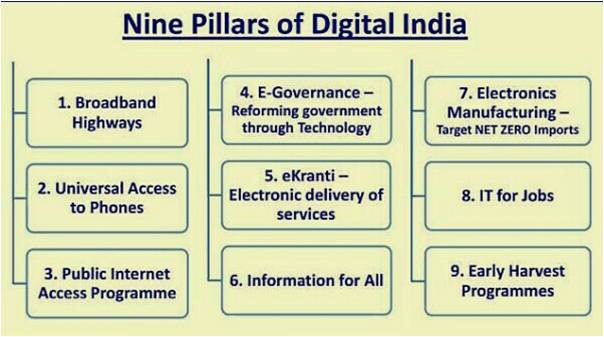 What is National Optical Fibre Network?

Required factors for the implementation of the Scheme D.I

If these above mentioned precautions and measures are taken into consideration by the government, the mission of Digital India has the huge potential to explore.

About DMAT and Vyapam Scams

Thus both scams were very much complementary to each other.

Both the Scams involved a serious network of Undeserving Candidates, Politicians, MPPEB officials through middlemen.

The State Government established a Special Task Force (STF) to assist the probe.

What gives impetus to such malpractices?

It can be asserted that such scams will not only bring medical loss but also educational, social, economic, political and even cultural impediments to India. Comprehensively, Scams like DMAT or Vyapam Scams can be considered as pinnacle of Intellectual Crisis.