The case of Indian navy:

A fleet review is a traditional gathering of ships from a particular navy to be observed by the ruling monarch or his or her representative or the head of countries.

History of fleet review in India:

What are the advantages of holding IFR for India?

With all the above things Indian navy is clearly an ocean of opportunities and this Indian navy celebrated the navy day on 4th December 2015.

United Nations Population Fund (UNFPA) Study: In a natural disaster, women and children are 14 times more likely to die than men and the reason is cultural norms. For example, in the 2004 tsunami in Asia, more than 70% of the dead were women.

International Union for Conservation of Nature (IUCN) has noted that in Sri Lanka, men survived the tsunami more easily than women:

Data for 2000 and 2012 from South-east Asia: The diarrhoeal diseases killed more women than men (common during instances of flooding)

Women make up 43% of the agricultural force and Food and Agricultural Organization (FAO) has noted that women suffer from the following issues citing Gender gap as the main evil:

In control of resources:

What the law says and what the courts ruled

Fighting IS with air strikes alone

For Detailed Analysis ‘7th pay Commission’ refer the below links-

How not to review reservations- Contrary to the dominant view, development is not a benign caste-free alternative

For Detailed Analysis ‘Reservations: boon or bane’ refer the below links-

For Detailed Analysis ‘Healthcare issues & challenges’ refer the below links-

1. The myth of Intolerant India

2. How women suffer more from climate change than men? 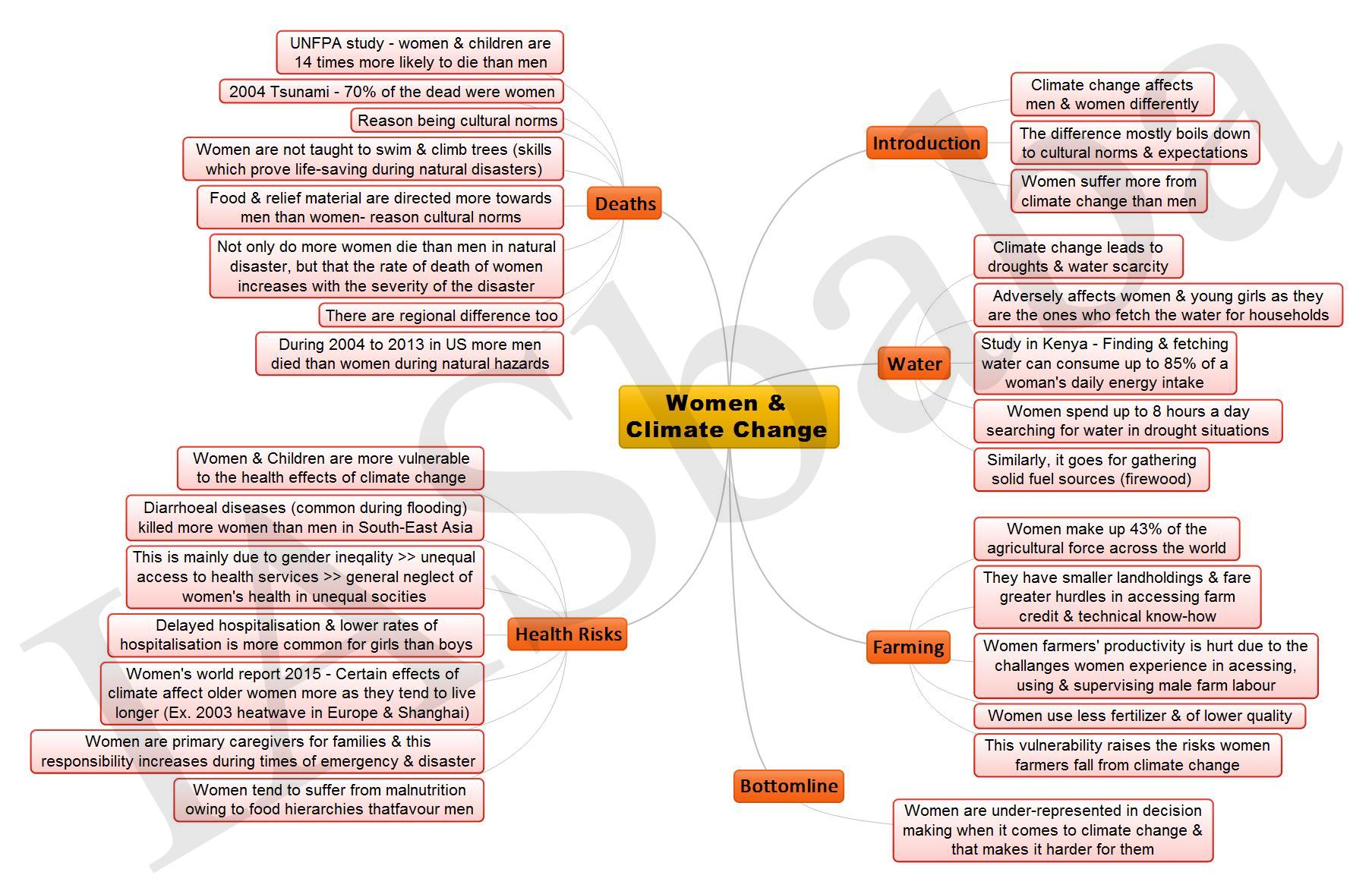