Reasons for the recent Chennai flooding

As per the official CRZ notification under Environment Protection Act, 1986, the coastal land up to 500m from the High Tide Line (HTL) and a stage of 100m along banks of creeks, estuaries, backwater and rivers subject to tidal fluctuations, is called the Coastal Regulation Zone(CRZ).

Read this government website for more information on the regulations of CRZ – http://envfor.nic.in/legis/crz/crznew.html 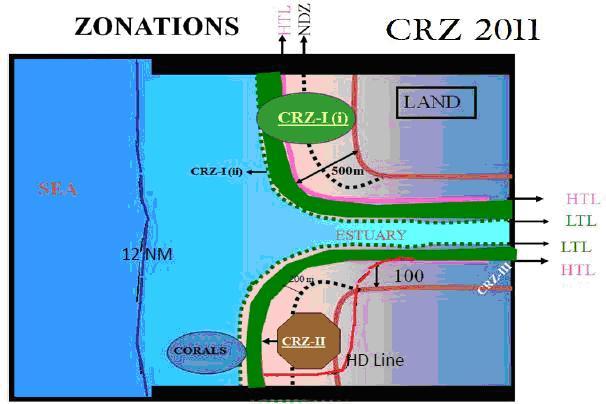 Some Questions to Ask Ourselves:

Fundamental Duties—What the Citizens must do

Securing the pace of India-Pakistan talks

A line in the water- Curbs on construction on the Ganga must be part of a larger effort to keep alive the river ecosystem.

The right forum- Apex court does well to emphasise primacy of the legislature, and the political process, in deciding on a uniform civil code.

For Detailed Analysis ‘uniform civil code’ refer the below links-

Report of a key panel lays out the middle ground for resolving political differences.

For Detailed Analysis ‘GST’ refer the below links-

2. Reducing Emissions and Development- The Hindu