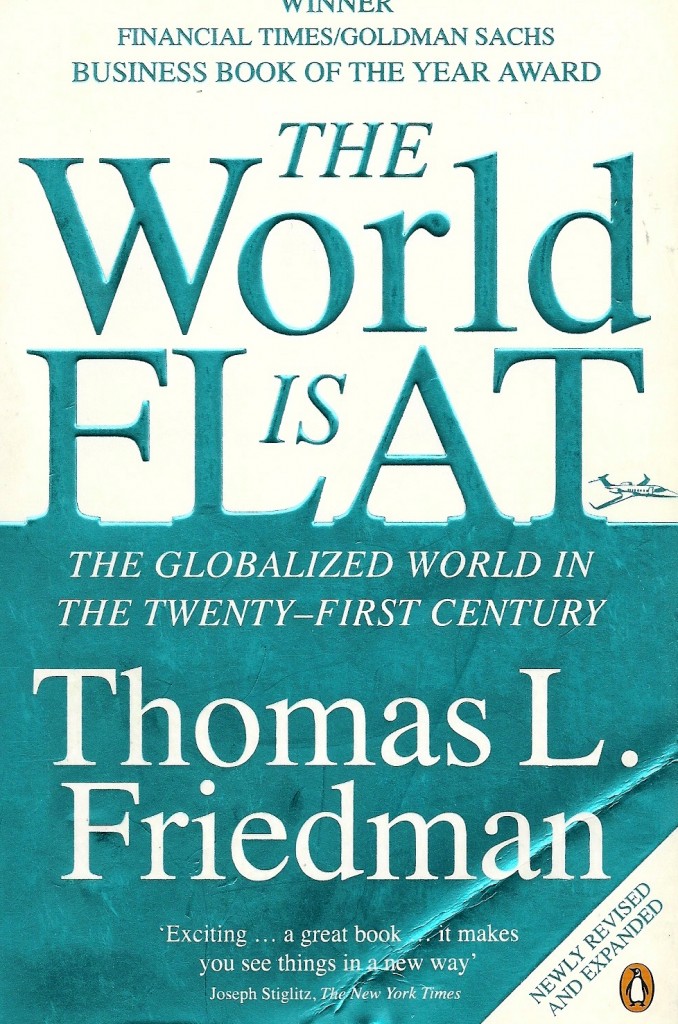 The metaphor of a flat world, used by Friedman to describe the next phase of globalization, is ingenious. It came to him after hearing an Indian software executive explain how the world’s economic playing field was being leveled. For a variety of reasons, what economists call “barriers to entry” are being destroyed; today an individual or company anywhere can collaborate or compete globally.

Bill Gates explains the meaning of this transformation best. Thirty years ago, he tells Friedman, if you had to choose between being born a genius in Mumbai or Shanghai and an average person in Poughkeepsie, you would have chosen Poughkeepsie because your chances of living a prosperous and fulfilled life were much greater there. “Now,” Gates says, “I would rather be a genius born in China than an average guy born in Poughkeepsie.”

The book is done in Friedman’s trademark style. You travel with him, meet his wife and kids, learn about his friends and sit in on his interviews. Some find this irritating. I think it works in making complicated ideas accessible. Another Indian entrepreneur, Jerry Rao, explained to Friedman why his accounting firm in Bangalore was able to prepare tax returns for Americans. (In 2005, an estimated 400,000 American I.R.S. returns were prepared in India.)

“Any activity where we can digitize and decompose the value chain, and move the work around, will get moved around. Some people will say, ‘Yes, but you can’t serve me a steak.’ True, but I can take the reservation for your table sitting anywhere in the world,” Rao says. He ended the interview by describing his next plan, which is to link up with an Israeli company that can transmit CAT scans via the Internet so that Americans can get a second opinion from an Indian or Israeli doctor, quickly and cheaply.

Read ‘The World is Flat’ to know how the world is increasingly becoming flat; how it is becoming n equal playing ground where time, place and distances are no longer a limitation.

All India Radio- NECESSITY TO IMPROVE ROAD INFRASTRUCTURE IN INDIA