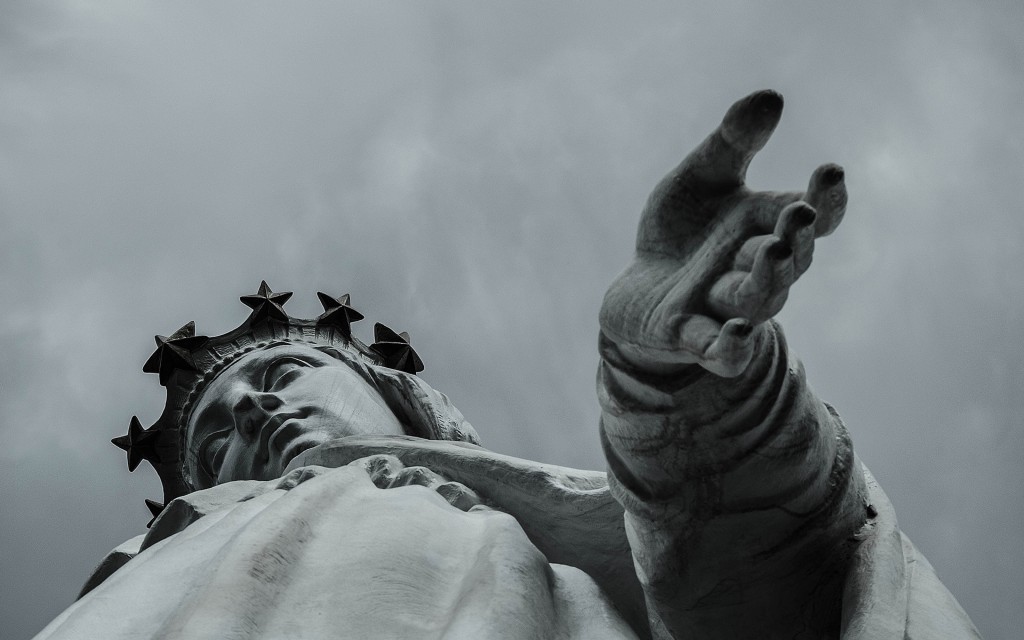 It is said that historically India is the only land which did not have any moral codes or regulations by which people were ruled and governed. This country existed and flourished purely on its spiritual and religious roots.

People here simply knew how to live just by understanding the process of life happening all around them. Nobody had to tell them what to do. Knowledge and wisdom was imparted naturally through the system of experience and understanding.

This is radically different from the western philosophy and its approach to life. Greeks were the first people to have a state run by standard rules and regulations to be followed by everybody within the state. The birth place of western system of thought is Greek philosophy.

Sarvepalli Radhakrishnan in his famous book ‘Eastern Religions and Western Thought’ explores this conflict beautifully. He talks about the origins of the modern society and the root causes of conflict and disengagement in the modern man.

An individual stands at the pinnacle of human aspirations. There is no ideal greater than the one that helps an individual to discover himself. A state can at the most provide the basic framework of survival, but it can never replace the thirst of a longing soul to know itself.

The journey of life is meaningless without a struggling individual at the middle of it all trying to understand himself and reach to his perfection. Eastern religions have always provided the necessary pathways to understand and explore oneself through systems like meditation, yoga and others.

The highest system of thought in western philosophy however, is logic. According to this, there is only one purpose for human life; it is to logically understand what is happening around us. Obviously the flaw of this system lies in the fact that it looks at a very personal human experience as an indifferent mechanical process which goes on irrespective of the individual and his spiritual needs.

Modern man now is more wealthy, secure and safe than ever before, and at the same time he is more afraid, empty and uncertain than ever before. The world is now coming to realize the fatal mistake it has made of adopting a blind logical system which is unsympathetic and indifferent to an individual spirit which is at the center of all happenings.

There cannot be any diplomacy in concluding which system of thought can lead man to his higher self. Last two hundred years of wars, struggles and politics has shown beyond any doubt that logic is simply an enormous monster which knows only how to chew and spit out the human spirit, just so that it can prove itself right.