India’s 30 year old effort to secure a permanent seat in UNSC has been characterized as the pursuit of a diplomatic holy grail.

A similar but less intense effort is on to seek admission to APEC (Asia Pacific Economic Cooperation).

India has now embarked on another quest to seek membership of NSG.

India successfully tested the Nuclear bomb (Smiling Buddha) on 18th May 1974. The bomb was detonated on army base in Pokhran Test Range in Rajasthan.

It was the first confirmed nuclear weapon test by a nation outside the five permanent members of UNSC.

The plutonium used in the test was created in the CIRUS reactor supplied by Canada and using Heavy water supplied by United States.

Why India wants to Join NSG?

Arguments against the inclusion of India to NSG

Despite the huge advantages India may gain by joining NSG, there are some other issues which need to be look into otherwise it may likely put India in an uncomfortable position.

The thriving de-addiction centres, a continuous inflow of patients of whom the majority falls in the 18 to 35 age group, children selling drugs to earn money to fund their addiction…

The seriousness of Punjab’s drug problem

Commercialisation of education— Not much efforts is being put in to improve the quality of education in government schools. New colleges are being opened up without undertaking any kind of quality check.

Clash between unemployment and the culture of aspiration- Joblessness has prevailed big time despite the economic reforms brought in the country. Being in the vicinity of the disease called terrorism, industrialization as well as the agriculture sector kept on suffering— leading to the lack of absorption capacity of their increasing population. (Also count Partition, Khalistan, Operation Blue Star, communal riots, Black Thunder)

Expanding Social Disconnect: is the root cause of every addiction like drugs, gambling, smoking, pornography, and alcohol and thus, embracing them in our lives holds the key to bringing the addicts back to the society

Widespread political ties: There exists a vicious circle— a part of what they earn through drugs sales goes into election campaigns and part of it is used to buy more drugs. No mention of drug abuse in any of the manifestos being distributed by most of the political parties

A change in approach of the government is of utmost importance—

Harm reduction—providing clean needles, sterilization equipment and the like, to drug users—has proved to be effective in Manipur as well as in other countries in minimizing secondary damage such as the spread of AIDS and Hepatitis C 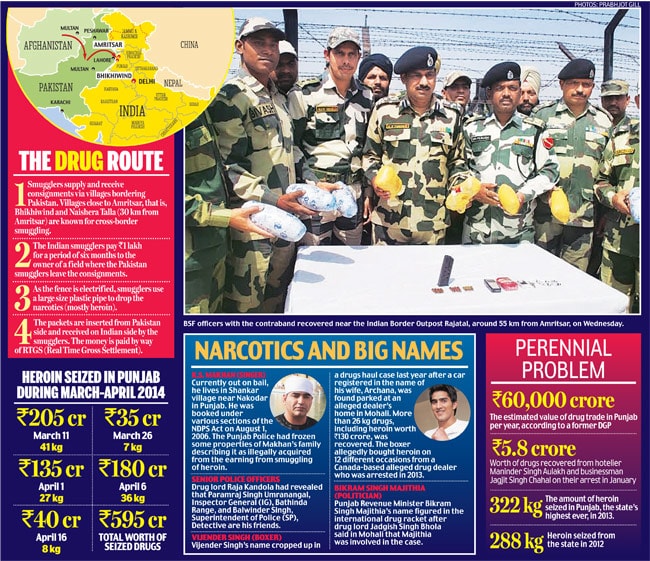