A friend in need:

The Yameen government stands accused of stifling democracy, riding roughshod over the country’s 2008 constitution, reducing its majlis (parliament) where his party has a majority to a mere rubber stamp, and weakening the judiciary.

Unfair persecution and imprisonment of political rivals, rampant corruption and severe curbs on press freedom are other charges.

The continuing money flow from Saudi Arabia for the construction of mosques and madarsas which now dot the archipelago is also worrying as they emerge as hubs for religious radicalisation and indoctrination.

The Saudis along with Pakistan and Egypt are seen as fuelling extremist religious views through the scholarships they are offering to Maldivian youth who are returning radicalised after having travelled to these countries.

The quantum of damages to be paid by the Maldives is yet to announced by the arbitration tribunal in Singapore. 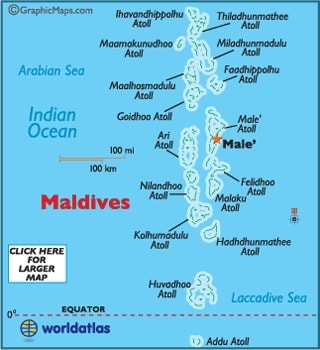 India has, for some time, chosen to maintain a studied silence on what’s happening in this troubled tourists’ paradise.

India can no longer afford to be a mere spectator.

India seems to be fast ceding its traditional space for effective diplomatic influence in the archipelago.

The financial condition of Indian banks has deteriorated in tandem with the economic cycle since 2013. A 2013 report by India Ratings and Research, an arm of Fitch Ratings, predicted further deterioration—Rs.1.26 trillion of bank loans may potentially be in distress over the next 12 to 24 months.

What is bond market?

Corporates, governments and individuals rely on various sources of funding to meet their capital requirements. Specifically, corporates use either internal accruals or external sources of capital to finance their business. The capital raised by companies through debt instruments is broadly referred to as corporate debt.

Bond: Corporate bonds are transferable debt instruments issued by a company to a broad base of Investors.

There are three main pillars that make up the corporate bond market ecosystem:

Why bonds over banks?

Non-performing loans have been climbing and the problem of restructured assets has also been increasing over recent quarters. Such restructured loans as well as the usual bad loans now weigh down bank balance sheets. The deterioration in the asset quality of banks is an important challenge for the Indian economy when India continues to have a financial system that is dominated by banks.

Thus, India needs to eventually move to a financial system where large companies get most of their funds from the bond markets while banks focus on smaller enterprises.

Luengnaruemitchai and Ong (2005) opine that crowding out by government bonds is one of the potential obstacles to healthy corporate bond markets. A high level of public debt crowds out corporate borrowing by reducing the appetite of financial institutions. This increases the cost of borrowing for corporates making bond markets an unviable source of funding (A?ca and Celasun, 2009). On the contrary, Raghavan and Sarwano (2012) conclude that in case of India, unlike economies like Korea, the development of the government bond market has in fact had a positive effect on the corporate bond market.

In the Indian context, Mitra (2009) focuses on the supply side issues hampering the development of corporate debt markets in India and lists the lack of diversity in instruments as a major factor.

From the perspective of a developing economy, the World Bank (2000) observes that “the corporate bond market in a country can substitute part of the bank loan market, and is potentially able to relieve the stressed banking system in a developing country of unbearable burden.” Development of corporate debt markets needs strong institutional and regulatory support. The World Bank (2000) specifically identifies seven necessary developmental components for the effective functioning of vibrant bond markets. Any “absence, deficiency or inefficiency” of any of these components can potentially stall the development process. These components are:

How can the bankruptcy code boost the corporate bond market? Discuss the limitations, if any.

Non-performing assets and recent steps to clean them up

It’s time for an urban upgrade

Storm in the South China Sea

A battle for supremacy

Booms and busts in oil prices

Banks are stressed: What do we do?