1. The message of universal rights underlying the French Revolution was beset with contradictions. Do you agree? Substantiate.

The French Revolution was a composite movement caused mainly as a result of discontent due to a centralized despotic government, class privilege and absolute rule.

The revolution spread new principles of government, ideas of social organization, theories of rights of man and was thus a challenge to the established norms.

French revolution (1789) started a new chapter of liberty, equality and fraternity worldwide. It was perceived as the ideological ground of subsequent revolutions.

n the contrary , there are examples which reveal that message of universal rights underlying the French Revolution was beset with contradictions. Although it managed to topple monarchy and established a new government, but there were many contradictions as well:

1.Government dominated by bourgeois. The working class and peasantry were sidelined.

2.Voting: though popular form of government was conceived, yet voting was limited to only men of 25 years of age

3.Equality: though all humans were declared equals, only men had rights, women were only passive citizens

4.Liberty: though it was one of crucial part of Declaration, yet the Reign of terror saw many political executions where many intellectuals were guillotined.

5.Income inequalities: the post revolution period saw the shift towards imperialism and capitalism, voting was based on property criteria.

6.Republic: French revolution declared France as the Republic but post-revolution contradictions led to the rise of monarchy under Napoleon.

7.Colonies:French revolution projected French as the liberators of man but they turned out to be oppressors who acquired many colonies by conquests and wars.

The French Revolution is not merely an event of history; it is a living legend. The ideals of Liberty, Equality and Fraternity are eternal contributions of this Revolution. However, the message of Universal Rights underlying the French Revolution was beset with contradictions:

Thus, though the ideals were noble in spirit, they failed to leave a great impact. There was difference between what was preached and what was practiced.

2. What do you understand by the term ‘enlightenment’ in the historical context? What were the core concepts that drove enlightenment in Europe? Discuss.

Before answering any question, identify the demand areas. For instance, in this question we have to identify two demands:

Introduction should cover the following:

Try to explain the historical setting or mood before Enlightenment in Europe (preconditions).

In Body, focus on core concepts that drove enlightenment (priority to be given to important points first):

Scientific Revolution: works of Astronomers and Mathematicians such as Kepler, Galileo and Newton. Their ideas got diffused in Europe and seriously challenged the conventional ideas of those days.

Awareness came about with the growth of historical scholarship, but more importantly with the technological and social changes of late 18th century.

Political Revolution: Philosophical movements stressed humans to oppose the supernatural understanding of society and questioned the doctrines of the Church such as natural and social orders were creations of god.

Politically, the spread of doctrines of equality, liberty and nationhood had tremendous repercussion in America and Europe.

We can add works of Matin Luther, Voltaire, Locke.

Trade and industrial revolution created the belief that it is possible to achieve control over the forces of change, which had previously seemed beyond the power of men.

Q.3) How did mercantilism give rise to colonialism and industrial revolution? Analyse.

In this question, there are three key terms and you are asked to analyse the connection between the three.

The Three key terms are- Mercantalism, Colonialism and Industrial Revolution.

In introduction, you need to define what mercantilism is:

Mercantalism basically is economic theory which means the involvement of Government in trading activity to gain maximum profit. This can be done by adopting a protectionist policy, i.e imposing high tax on imports and giving tax exemptions to exports, or by influencing other regimes politically.

Before industrial revolution, agricultural revolution came which generated surplus money and people invested it in trading. Trading generated more money. Also traders started voyages to far off lands to find new markets. These merchants started making political relations with foreign governments to earn more profits. Foreign lands not only provided a large market but also cheap raw materials and labour. To have more control over these resources, European countries started colonizing them. Hence European countries entered the third world countries as traders but then colonized them.

Industrialisation was going on in Europe (especially Britain) parallel to colonization. Mercantalism generated more capital to be invested in local industries. It created markets in far off lands for cheap mass produced products. As more demand was created, industrialists were forced to modernize, which lead to several technological and scientific inventions giving impetus to industrial revolution.

Mercantalism also lead to bitter rivalry amongst the European nations to earn more profit which further lead to more colonisation and industrialization.

(Note: This is just a rough framework, more points can be added. Also it is not written in an answer form. You need to have proper introduction and conclusion. )

Mercantilism, refers to the idea that trade and commerce generates wealth and is hence, a effective means for progress as a social group. Competition and innovation are key identifiers of the same.

State mercantilism rose significantly in the 16th century Europe with enlightenment and rising propensity of people to acquire material pleasures. But a country has limited resources – both in quantity and quality. Advent of communication and transportation innovations encouraged mercantilists to explore more areas, particularly in Latin America and Asia, which could serve both as source of raw materials and prospective markets.

Without a concrete political presence in the foreign lands, this assurance of unfettered raw material supply and stable markets was not sustainable and this slowly metamorphosed in the form of Colonialism.

Demand and supply further rose and encouraged mass production. Discovery of resource rich areas, scientific innovations like steam engine, spindles, etc., labour availability and urbanisation made it viable for the merchants to produce more and earn profits. The process which begun with the mass production of cotton clothes slowly became the first Industrial Revolution.

Mercantilism, hence, brought both merry and misery. While for their home nations, it was the seed of industrialisation, often it was achieved at the cost of foreign territories due to sheer profiteering motive.(211 Words)

Q.4) Should higher judiciary be brought under the ambit of Right to Information Act? Discuss its pros and cons.

Introduction should contain the importance of RTI and the recent controversies related to judiciary.

You can mention how judiciary is using various Acts and Articles to avoid RTI.

Conclusion should contain a prudent approach which creates a balance between Need of RTI in judiciary and maintaining their independence. It should be in sync with the body of the Answer.

The preamble of RTI act refers to it as a medium to check corruption in the Indian democracy. With a spate of increase in crimes and corruption by judges, example, Justice Shamit Mukherjee (dda case) or sexual harassment case ( Justice AK Ganguly ) ,misappropriation of funds, etc there is a strong urge to bring higher judiciary under the ambit of RTI.

Pros :
# Will check ambiguous judgements of judges fielded by certain parties
# Expose misconduct in judicial administration including appointments in higher judiciary
# Check gate for the otherwise inaccessible judicial information on wealth, etc
# Will act as a substitute for the otherwise evading Public authorities like CPIO and NHRC which often report under pressure
# Transparency international which ranks India 75th (out of 175) in corruption index attributes judicial corruption to delays in judgement delivery, infrastructure and man power shortage. RTI can be an answer to such woes.

Cons:
# May be misused by legislators, executives to flout judgements
# It cannot defend itself unlike other institutions
# Judges are confronted with morality crisis which requires more of a code of conduct for serving and retired judges alike
RTI Act for higher Judiciary can act in its favour by fine tuning its image where some unscrupulous elements are tarnishing its image. However, first there is a need to determine the scope of information disclosure (when and how much) for security purpose. All stakeholders should be brought to account of a fruitful RTI implementation.

Q.5) India has traditionally been wary of mentioning Baluchistan in it’s narrative of Indo-Pak relations. However, the approach appears to have changed, with the Indian Prime Minister talking openly about the alleged human rights violations in the region. How do you perceive this change? Is this the beginning of a new diplomacy? Comment. 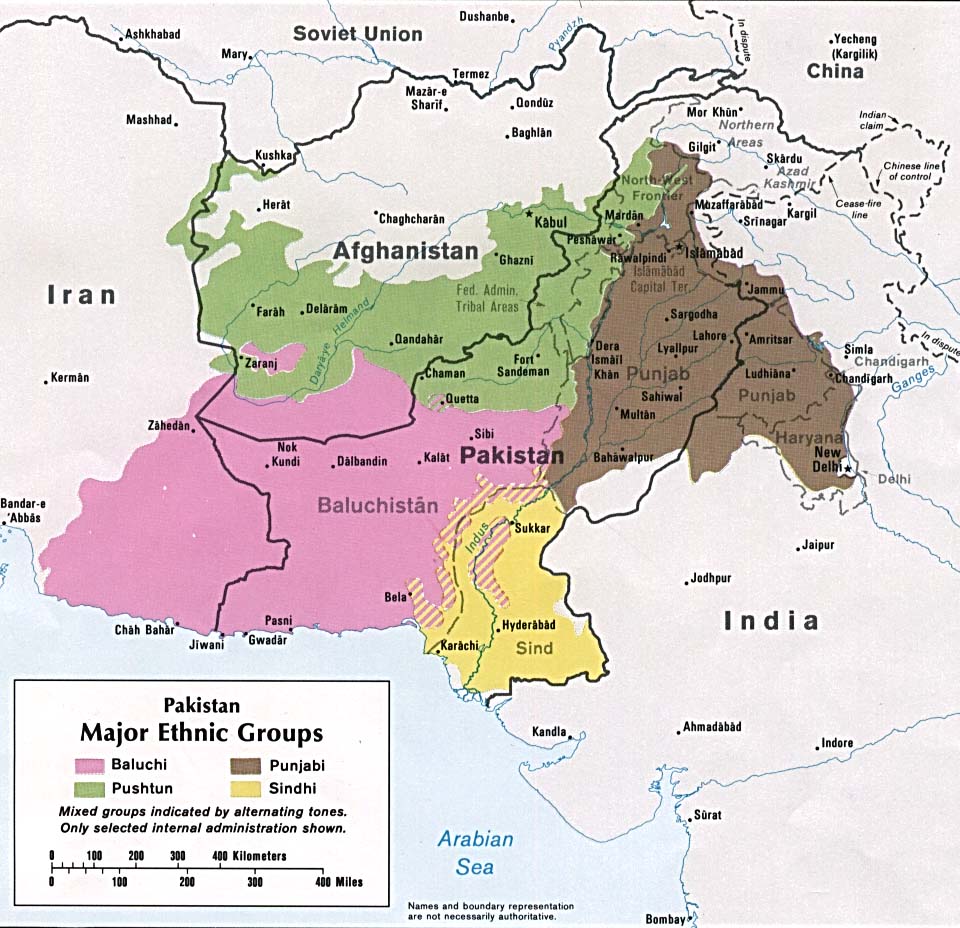 You should know about the Geographical location of that area. That will help in writing better answer.

Your introduction should include a brief intro about the India’s past position on Baluchistan and the change which has happened recently.

How do we perceive this change?

Conclusion should be a balanced one which should say that India should take risks in calculative manner.

India has traditionally refrained from interfering in internal affairs of any country and same has been followed against Pakistan giving moral high grounds to India in international community. However a change in approach appeared with mention of human rights violation in the region by India .

The change though well thought could be perceived in the following lights:
> Reaction to Pakistan continuous provocation in J&k : continuous mention of J&K and glorification of terrorist needed a reaction .
> Drawing attention of International community to human rights violation in balochistan .
> with different strategies failing to deliver , Baluchistan could be a matter to bargain with .
> with china Pakistan economic corridor and maritime silk route meeting at Gwadar (Baluchistan ) , this shows india’s concern regarding increased china pak bonhomie .

Indian diplomacy has been a continuation of the past and the mention is not a new beginning .

Baluchistan did find a mention in Sharm-al-sheikh but was perceived in different lights then . Indian diplomacy has been in favour of bilateral dialogue to solve issues but at the same time need diplomatic tool to handle mischiefs .

thus Panchsheel and Gujral doctrine of non interference is still India’s diplomatic tool though eventual departure to correct course and putting relations in right track should not be regarded as big departure .