Fast recap on current developments in Central and South Asia 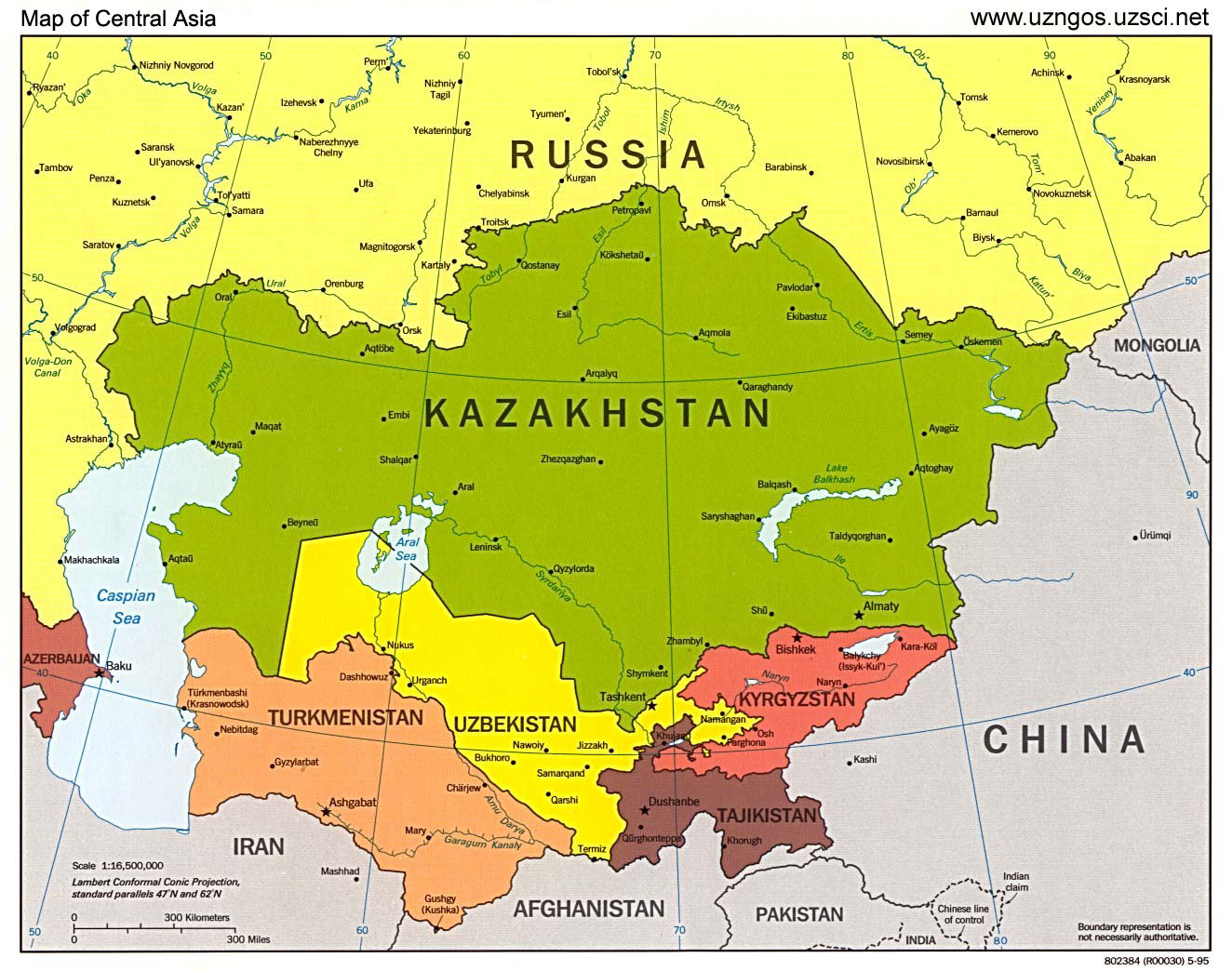 Although the region has been relatively stable in the last few years, there is some uncertainty in Uzbekistan after the death of its President, Islam Karimov. There is a strong concern whether Uzbekistan may continue with Karimov’s legacy of strong secular State with limited political and economic openings.

In a separate development, the Chinese embassy in Bishkek (Kyrgyzstan) was attacked by a suicide bomber. According to various reports, a significant number of militants from Central Asia and Caucasus are already working with the ISIS. Depending on the report, these numbers vary between few hundred and few thousand.

In these circumstances, any instability in Uzbekistan can easily spread into the core of Central Asia- the volatile and most densely populated Fergana Valley, consisting eastern Uzbekistan, southern Kyrgyzstan and northern Tajikistan.

India and the Central Asian region

Persistent uncertainty in Afghanistan, particularly in the context of difficult India-Pakistan relations, have also added new dimension to India’s approach to Central Asia. While the failure of the international project to stabilize Afghanistan poses common security challenges, any positive outcome will open tremendous economic opportunities to both India and Central Asia. So Chinese and Afghanistan factors have increased strategic significance of Central Asia for India. The US drawdown from Afghanistan has further pushed Indian policy makers to vigorously look for new options.

Apart from long standing ’special and privileged’ partnership with Russia, New Delhi has also elevated its relations with Mongolia to a ‘comprehensive partnership (2015).

The perception of Central Asia’s growing strategic significance for India is reflected in Prime Minister Narendra Modi’s eight day visit to all five Central Asian States in July 2015. This was the first visit of any Indian prime minister to all the Central Asian countries simultaneously since they became independent in 1991. The visit also provided a new strategic direction to the ‘Connect Central Asia’ policy.

New Delhi has long considered Central Asia as part of its extended strategic neighborhood. Building on past linkages and goodwill, India has more recently developed strong political and developmental relations in the region. Expanding Chinese influence and drawdown of US forces from Afghanistan have increased strategic significance of Central Asia for India.

Although the region has remained relatively calm in the last ten years, its stability cannot be taken for granted. Due to difficult India-Pakistan relations, Iran will continue to be an important factor in India’s Central Asia/Afghanistan policy. Removal of sanctions against Tehran is helping India to expand its options in the region.

In a fast changing geopolitical landscape, India should explore possibilities for cooperative engagements with Russia, Iran and even China.

Apart from bilateral engagements, India should also try to engage in the region through INSTC, SCO and EAEU. Afghanistan provides an important connection for India to Central Asia. Due to its developmental engagement, India’s political, strategic and economic links to Afghanistan has improved significantly in the last fifteen years.

Enhanced Indian engagement at this point will be a big boost to policy makers in Kabul. In the prevailing negative western discourse on Afghanistan, Indian experts and think tanks can also help in changing the narrative towards a positive outcome.

For past few months, India at every platform and every event has mentioned ‘terrorism’. If such obsession for one topic is overshadowing other crucial segments of India’s foreign policy has to be analysed.

Terrorism has become the focus

A broader outlook is needed

Conclusion- Having a new course of action

A dark turn in the city of dreams

Have a good party

The Right To Self-Defence

Out of my mind: Futile campaigns

IAS officers gather to discuss the ‘changing environment’ at work

India is moving towards a flawed GST

To secure our borders, we must bridge economic inequality