Refugees in India –Challenges and Strategy

A refugee is someone who has been forced to flee his or her country because of persecution, war, or violence. A refugee has a well-founded fear of persecution for reasons of race, religion, nationality, political opinion or membership in a particular social group.

Refugees in India – History and Trends

India hosts refugees who have been victims of civil strife and war in nations such as Tibet, Bangladesh, Sri Lanka, Pakistan, Afghanistan and Myanmar.

As per World Bank data there has been a significant rise in the number of refugees in India in the past decade. The graphic representation of the data has been shown below. 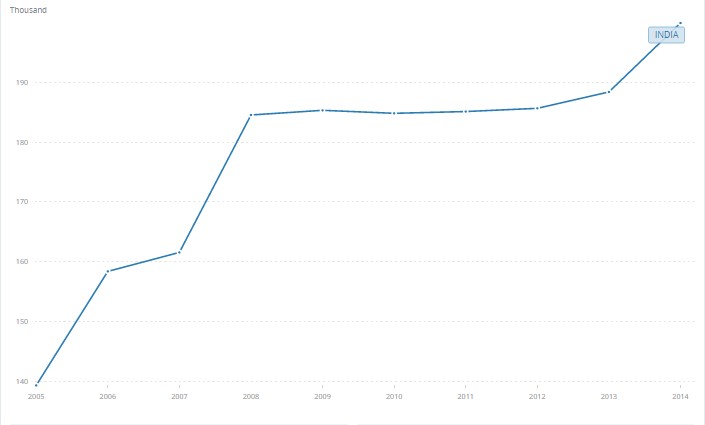 Problems faced by Refugees in India

India remains the only significant democracy without adequate legislation specifically for refugees. As a result, they face a lot of problems such as:

Where is India Lacking?

For a country that gained independence with a mass exchange of populations due to the partition, it needs to work more on its policies and laws to integrate refugee welfare in them.  While the security interests of India must remain paramount, taking care of refugees in India is a moral duty for the state.

The duty of a democratic nation is not to announce policies only. India fails on various issues associated with resettlement and rehabilitation, with many refugees remaining unregistered. India needs a system that enables the management of refugees with greater transparency and accountability. There has to be a shift from an arbitrary decision-making approach to safeguard interests of this vulnerable, victimised section of the population.

In past few months, several international institutions have assessed, compared and ranked the performance of countries on different indicators on issues like

However, there was no place for indicator that specifically measures job creation which is the key to economic growth, especially of developing countries.

Job creation opportunities in India- Where does it stand?

The key to increase India’s job creation opportunities lies in structural reforms in its factor markets, rather than short-term cyclical reforms. Along with it, there should be continuous regulatory harmonisation so that there are no conflictory rules which undermine the development process.

On this, the centre and the states have to demarcate their agenda items through executive orders and legislative changes wherever needed. Phased implementation strategy setting out short-, medium- and long-term targets with continuous stakeholder engagement and awareness generation will enable India to improve its opportunities in job creation.

The new abnormal in Kashmir

Demonetisation: The good, the bad and the ugly

The Big Picture – Is Indian Economy under Stress?