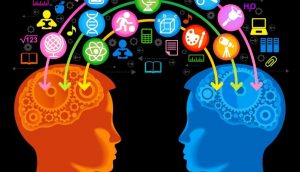 Continuing our understanding of NLP learning strategies let us explore a marvellous and applicable concept of NLP modeling.

Modeling in NLP is a way of observing other people and their actions to model successful behavioural patterns. Modelling is the underlying principle feature of NLP and its enormous success. According to NLP behaviour can be modelled from others.

Here is a wonderful story of Tony Robbins, a life coach who uses his NLP techniques to help Andre Agassi. He tells what it was like working with tennis legend Andre Agassi in 1993 when Agassi fell from the world’s No. 1 spot and then suffered a wrist injury.

When they met, Agassi told Robbins that he’d been spending time working on his swing mechanics, especially in relation to his recovering wrist.

“I sit down with him and I said, ‘Andre … think of a time you hit the tennis ball perfectly,'” Robbins tells Ferris. “I got him in that state … and I said to him, ‘You feel that?’ And he goes, ‘Yeah.’ I said, ‘Listen, are you thinking about your wrist?’ And he says, ‘No.’ And I said, ‘How the hell did you think you’d ever get back to that peak form by focusing on your wrist?'”

Robbins references the science of habit formation, in which the brain creates paths for certain repeated actions. He was getting Agassi to tap into this pattern and ignore distractions, like focusing on how his wrist moved, which is something he had never done when he was playing at his peak. Agassi recovered and says that Robbins is an ultimate ‘Life Coach’

The same principle that applied to Agassi applies to any other professional who has fallen off from peak performance. According to Robbins, however, the ability to recover is innate.