1. Financing infrastructure projects has always been a challenge in India. Some initiatives have been taken in this direction to ease and promote the flow of investment in the infrastructure sector. Identify these initiatives and comment on their suitability in the context of twin balance sheet problem that India is facing.

Infrastructure is very important part of economic development of country. But finance is even more important for infrastructure to be set up. Due to non-availability of easy and affordable loans several projects gets struck which in turn blocks revenue flow leading to NPAs causing bigger problems.

Above are some of the initiatives taken by government to ease the burden of financing infrastructure sector in country. This will also reduce the burden on banks to provide loans which take lot of time in repayment and loans being turned into NPAs which is very critical issue affecting the public sector banks of country.

2. Natural gas is one of the cleanest and most environment-friendly fuels having extremely low Carbon Dioxide emissions compared to other fuels like coal and oil. In this light discuss the measures taken by the government to transform India into a natural gas based economy.

With increase effort to contain global climate change, Natural gas has been the natural choice for its environment friendly nature and it is also known to be cleanest fuel among all other non-renewable sources of energy. So government has actively pursued to exploit this resource for commercial use.

Measure taken by government to promote natural gas based economy:

Also government is planning to build a massive pipeline project from Natural gas rich Russia to India with investment of 25 billion to secure its energy needs and move towards gas based economy. These initiatives if implemented can help the country in achieving its dream of limiting carbon emission and adhering to Paris climate accord.

3. Critically examine the significance of regional connectivity for a developing economy like India. Also discuss the features of the UDAN scheme launched by the government.

The UDAN scheme aims to stimulate regional connectivity with flights covering distances up to 800 km through a market-based mechanism. The scheme is a component of the National Civil Aviation Policy (NCAP). The government aims at making flying affordable by capping fares at Rs. 2500 per seat per hour. 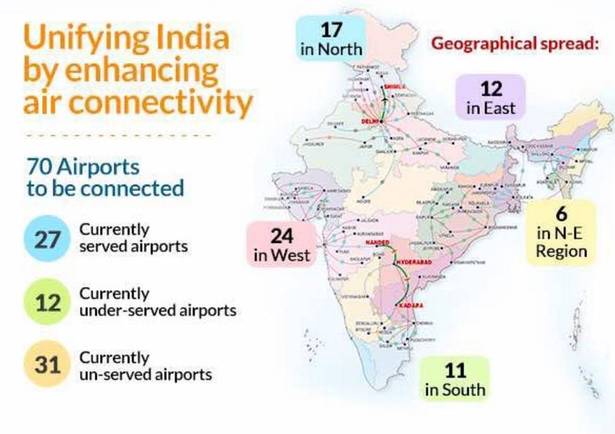 4. The IPR is often seen overriding the Competition law in India. It has necessitated to balance competition and protection of intellectual property rights in India. Elucidate.

Introduction:
Intellectual property rights refer to the general term for the assignment of property rights through patents, copyrights and trademarks. These property rights allow the holder to exercise a monopoly on the use of the item for a specified period.

IPR in conflict with Competition Law:

Need for balance between the two:

5. Discuss the provisions of the SHAKTI scheme launched for the coal sector. Discuss the factors that necessitated the launch of this scheme. Also examine its provisions and significance.

a)This policy will award fuel supply agreements to coal plants already holding letters of assurance (LoAs). It is issued to new consumers on being approved by the appropriate authority, based on recommendation of a committee constituted Specific terms & conditions of the LOA to be complied with within a stipulated time period for being eligible to enter into FSA for commencing coal supply.

b)Thermal plants holding LoAs will be eligible to sign fuel supply pacts under the new policy after ensuring that all the conditions are met.

c)Coal linkages would be awarded to state-owned power distribution companies (discoms). These, in turn, would assign linkages to

I.state or central power generation companies via allocation, and

d)The independent power producers (IPPs) participating in the auction will bid for discounts on the existing tariff and this would be adjusted from the gross coal bills.

e)Power plants will have to give discount on their tariffs to get linkages. This could lead to under-recovery by the units, but it is still better than no fuel supply.

a)It will ensure adequate supply of fuel to power plants, which are awaiting fuel supply.

c)It is expected to reduce power costs to consumers.

d)It will cut down on the use of imported coal.

e)Fuel supply pact will help banks exposed to the power sector to cut down on NPAs.

Though, the government’s initiatives and prevailing market conditions to a large extent has helped to bring down the prices of the dry fuel and boosted the domestic production, a proper mechanism for providing coal linkages to power plants at competitive rates was lacking. The new policy will address this issue and will ensure proper sourcing of the dry fuel by the power plants as per their schedules.

Inadequate availability of domestic coal coupled with high price for imported coal requires the government to allocate the available coal rationally among the power plants. This is especially necessary as the coal producing firms are public sector companies. Also, the pricing of coal is an another different issue. In this context, the government designates coal linkage policies to allocate coal among different thermal power plants.