RSTV- The Big Picture : Are We Drinking Plastic?

Are We Drinking Plastic?

In news: A research conducted by Orb Media (the first global tap water survey of plastic pollution) reveals the presence of plastic fibers 100 microns or greater in size, in the water of nearly every location they tested. New Delhi was a part of this research as well. The findings suggested that a person who drinks a litre of bottled water a day might be consuming tens of thousands of microplastic particles each year.

Why should we care –

“Since the problem of plastic was created exclusively by human beings through our indifference, it can be solved by human beings by paying attention to it. Now what we need is a determination to get it done — before it gets us.” – Muhammad Yunus, the 2006 Nobel Peace Prize laureate. 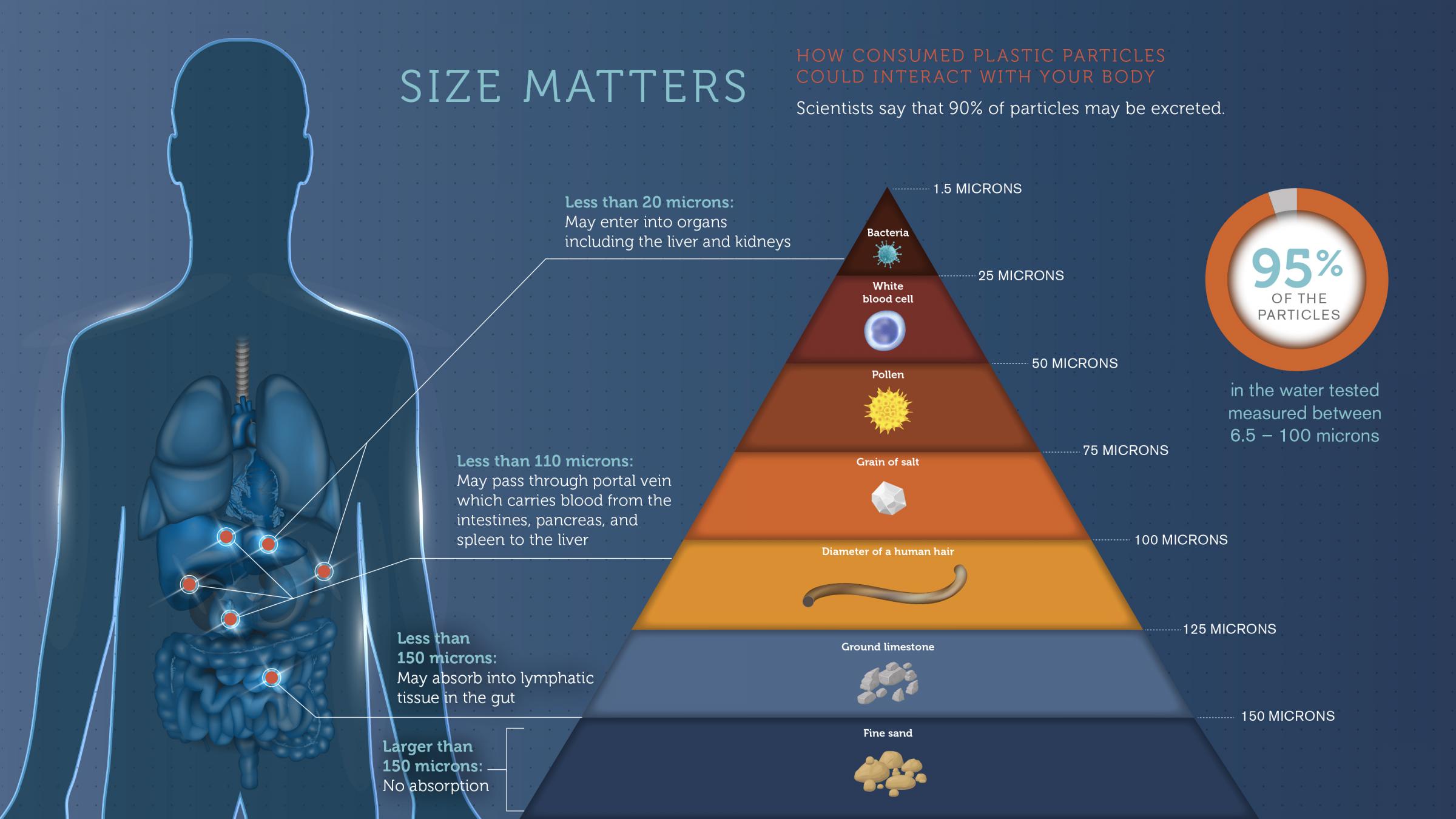