In News: The leaders of North and South Korea will meet on April 27 for the first time since 2007. The landmark meeting between President Moon Jae-in and Kim Jong Un will be held at Freedom House on the southern side of the Demilitarized Zone (DMZ).

The summit will be seen as a victory for Moon, who has long been pushing hard for diplomatic relations with North Korea. He said at his swearing-in ceremony in 2017 “for peace on the Korean Peninsula, I will do everything that I can do.”

A summit on April 27 will be only the third time that the leaders of the divided Koreas have met in the 65 years since the end of the Korean War. It comes in sharp contrast to 2017 when the peninsula appeared to be barreling toward conflict, with Kim overseeing a string of missile and nuclear tests and Trump promising “fire and fury” as Pyongyang threatened Guam, Hawaii and even the US mainland. 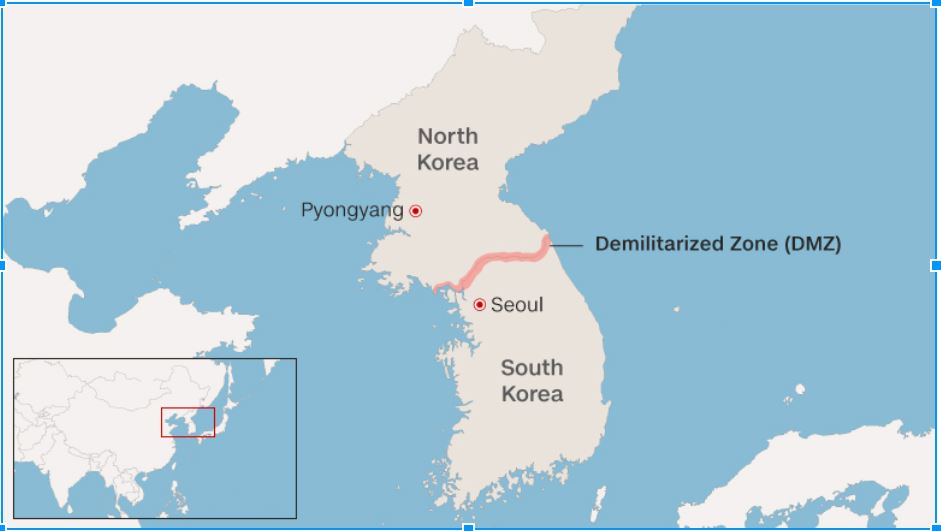 What has led to this?

A realization has dawned upon South Korea to reach out peacefully to North Korea, and not to contain and change the regime. North Korea has reciprocated very well. Kim Jong Un has emerged as the best strategist of all the major powers that were playing this game. He has been able to manage China, US, North Korea.

This inter-Korean dialogue is definitely welcome given the earlier circumstances from the last few decades.

Inter-Korean relationship: Two leaders are willing to come together, and resume and update the sunshine policy followed in and before 2007.

Denuclearization: There is a widespread belief that North Korea is prepared to denuclearize, but the North Korean leader has in fact not agreed to give up his nuclear weapons. Though there might be a buildup towards denuclearization. The way this summit would shape up, would lay the foundation of it. But the probable demands of North Korea might be –

Trump has suddenly accepted Kim Jong-Un’s offer of a summit. This stunning development has raised hopes that a resolution of the North Korean nuclear challenges that have plagued the United States and its allies for a quarter of a century could be in the offing. He and his administration should reflect carefully and ask whether the “deal” they seek is really within reach

Why: Kim may be hoping to offer President Trump a “freeze” of the North’s nuclear testing program that the U.S. president could then point to as the outcome of the summit.