In News: The Supreme Court upheld the validity of India’s ambitious biometric identity project, ‘Aadhaar’, saying it benefited the marginalized and poor, but sharply reined in a government push to make it mandatory for various services.

Where is Aadhaar going to be required?

What of the Aadhaar Act has the court struck down?

Section 33(1) which allows disclosure of information, including identity and authentication records, if ordered by a court not inferior to that of a District Judge. Individuals should be given the opportunity of a hearing.

Section 33(2) which allowed identity and authentication data to be disclosed in the interest of national security on direction of an officer not below the rank of Joint Secretary to the Government of India. A Judicial Officer (preferably a sitting High Court Judge) should be associated with it and that the government should bring in legislation to this effect.

Section 57 refers to the use of Aadhaar data by any “body corporate or person” to establish the identity of an individual. Justice Sikri, in his judgment, found this section to be unconstitutional. It was under this provision that private companies like Paytm and Airtel Payments Bank sought Aadhaar details from customers.

The court also ruled that authentication record should not be kept beyond the period of six months and the provision that allowed archive records for five years has been struck down. It has excluded storage of meta-data of transactions by individuals. This banning means UIDAI cannot collect data sets and mine it for more data or analysis. It has also struck down data sharing with corporates.

The Supreme Court also called for Parliament to draft and pass a data protection law immediately. “We have also impressed upon the respondents to bring out a robust data protection regime in the form of an enactment on the basis of Justice BN Srikrishna (Retd.) Committee Report with necessary modifications thereto as may be deemed appropriate.” 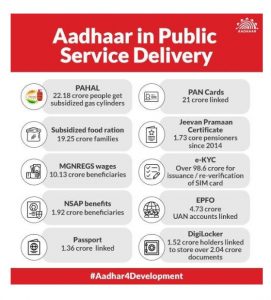 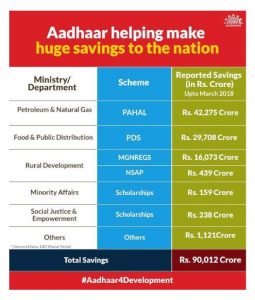