In News: The Supreme Court had dismissed the pleas of five states seeking modification of its order issued last year on the selection and appointment of director generals of police.

Prakash Singh vs Union of India

In its 2006 judgment in Prakash Singh vs Union of India (filed in 1996), the SC laid down guidelines for appointment and removal of the DGP.

On July 3, 2018, the Supreme Court passed another order laying down further guidelines for the appointment of a DGP by the States, stressing that there is no concept of an acting DGP. 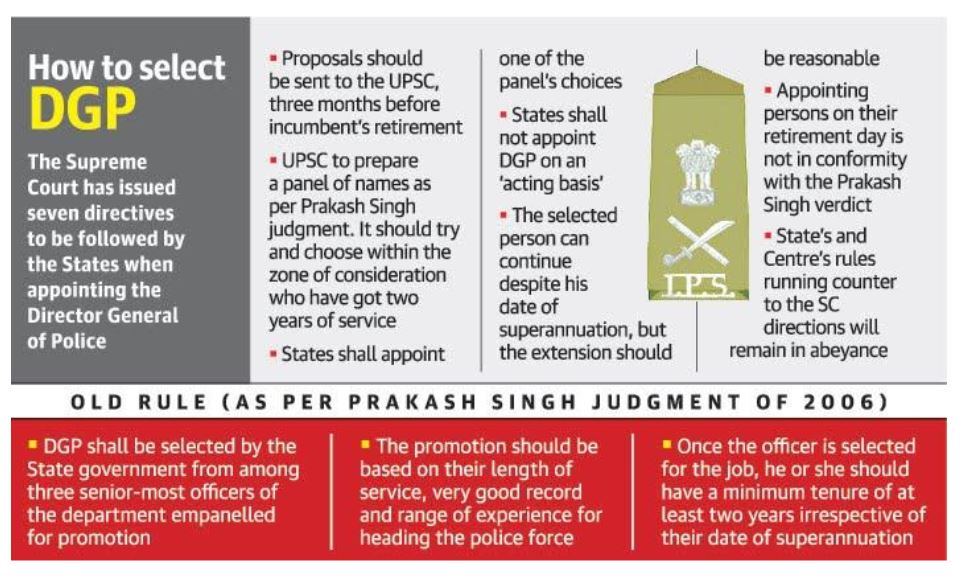 The Supreme Court must increase the pressure on state governments to implement the Prakash Singh judgment. It must also ensure that central government doesn’t exercise its clout. Finding the right balance is important.