In News: The armies of the world’s two most populous nations are locked in a tense face-off high in the Himalayas. India and China have moved troops and ammunition on the LAC. The number of recorded Chinese transgressions across the disputed India-China border surged by 75 per cent in Ladakh in 2019, and the Chinese forays into Indian territory in the first four months of the current year have also witnessed an increase compared to the same period last year.

US President Trump offered to mediate, but the offer was rejected by both, India and China. Beijing has taken an aggressive stand with countries around the world, with their diplomats vociferously defending their moves. 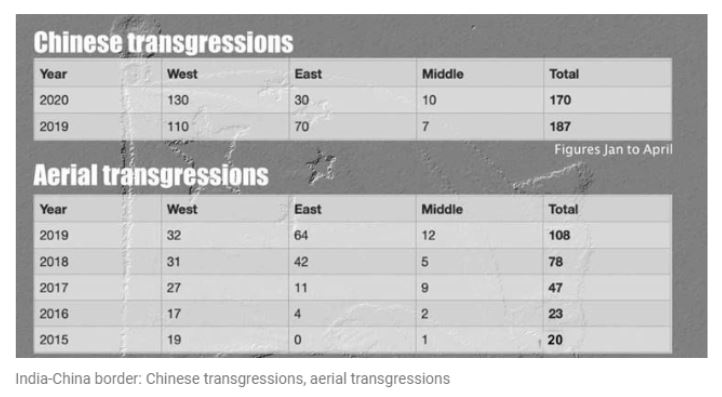 ‘Indian side’ of the LAC

The border is not fully demarcated and the LAC is neither clarified nor confirmed by the two countries. Except for the middle sector, even the mutual exchange of maps about their respective perceptions has not taken place between India and China. This has led to different perceptions of the LAC for the two sides, and soldiers from either side try to patrol the area up to their perception of the LAC. Essentially, what Indians believe to be ‘their side’ is not the same as what the Chinese believe to be ‘their side’ – this is different from the Line of Control (LoC) between India and Pakistan where everything was agreed upon by the two armies following the 1971 War.

A higher number indicates that the Chinese soldiers are coming to the Indian side more often, and their movements are being observed and recorded by the Indian soldiers. This can be seen as an indicator of increased Chinese assertiveness, but as long as there are no major incidents, it means that the established border mechanisms between the two sides are working. So far, there has been no major standoff between the two sides after the 73-day Doklam standoff on Sikkim-Bhutan border in 2017.

China is responding to India’s efforts to bolster border-area infrastructure in Ladakh after the completion of the DSDBO road. After India’s move into Doklam in 2017, China is perhaps especially sensitive to Indian activity along the disputed border. Around Galwan, in particular, China may be seeking to pre-empt an Indian effort to improve its links to the LAC

Pattern change in Chinese behaviour on the border:

This is part of a larger pattern of behaviour from the Chinese and should not be seen as localized and isolated incidents in pockets along the India-China border. 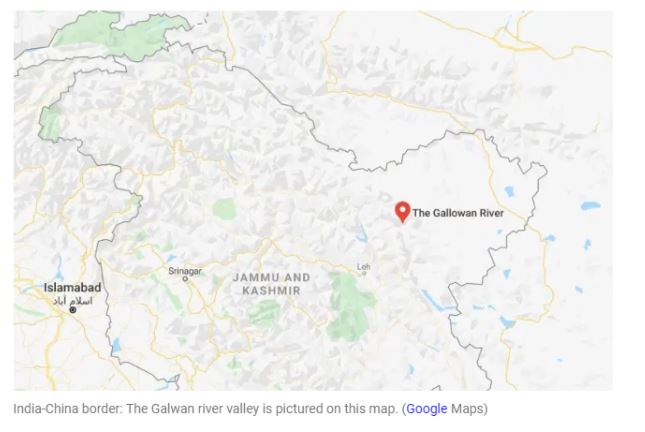 In a forceful article published in The New York Times by a US senator, Josh Hawley, from Missouri, Hawley says the emergency triggered by the corona pandemic is not a mere health crisis. With millions of Americans unemployed, “it is also an economic crisis. And it has exposed a hard truth about the modern global economy: it weakens American workers and has empowered China’s rise.”

Significant political contestations within the US and between the US and China to reform, reorient or bypass the WTO system are also at hand. All major economies will be drawn into this conflict. India in the mid-1990s along with varied domestic complications, struggled to cope with the profound changes in the global economic order. As the world trade system arrives at a contingent moment a quarter of a century later, it is time for India to also be better prepared.

Day 14 – Q 1. What are the accountability and oversight measures in the budgeting processing of the Central Government? Explain.