Part of: GS-Prelims and GS-I – The Freedom Struggle — its various stages and important contributors/contributions from different parts of the country. 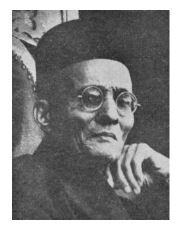