Day 55 – Q 2. What is Mascarene High? How does it impact the weather pattern in the Indian subcontinent? Explain.

2. What is Mascarene High? How does it impact the weather pattern in the Indian subcontinent? Explain.

It expects a candidate to give a clear account of Mascarene high and its importance in the weather pattern of Indian subcontinent.

This high-pressure region located between 25°S-35°S and 40°E-90°E near the Mascarene Islands in the southern Indian Ocean is a source of Southwest monsoon in India. Since, it is a high pressure are, it is also known as Mascarene high.

Normally, the high-pressure region starts forming by mid-April and its strength is an important factor which determines the intensity of monsoon in India. its impact on the weather pattern in India is as follows: 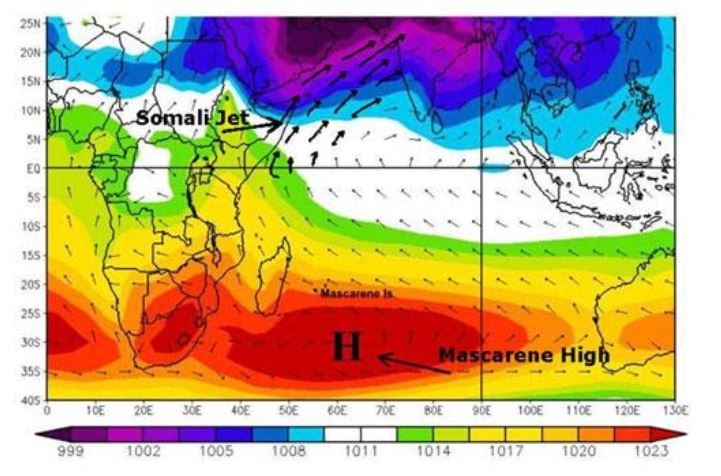 In this way Mascarene high impacts the weather pattern in India by creating a way and safe passage for the arrival of monsoon winds in India.

Since, south west monsoon plays the most prominent role for water availability in India. The role played by Mascarene high also needs to be understood well by investing more in research and developments related to the mechanisms along Indian ocean and Mascarene high.

Day 55 – Q 1. With the help of suitable examples, examine the pattern of losses of ice bodies in different parts of the world.

Day 55 – Q 3. Examine the impacts of global sea level rise on the costal flora and fauna.