In News: Aimed at a significant push for hydrogen vehicles in the country, Ministry of Road Transport and Highways has notified standards for the safety evaluation of hydrogen fuel cell-based vehicles.

A fuel-cell electric vehicle is essentially a hybrid electric vehicle wherein, the internal combustion engine is replaced with a fuel-cell stack. The onboard sources of power include hydrogen as well as an advanced battery system. The hydrogen, stored in its pure form, in high-pressure tanks, is sent through the fuel-cell wherein it is combined with oxygen, resulting in the the production of water (H2O) and electricity. The electricity produced is used directly to drive the vehicle with water being the waste and the only emission through the tail-pipe.

In simple words, unlike a battery-electric vehicle, which needs to be charged from external sources, a fuel-cell electric vehicle produces it’s electricity onboard. This drastically reduces the battery capacity and hence the dead-weight which an FCEV needs to carry. 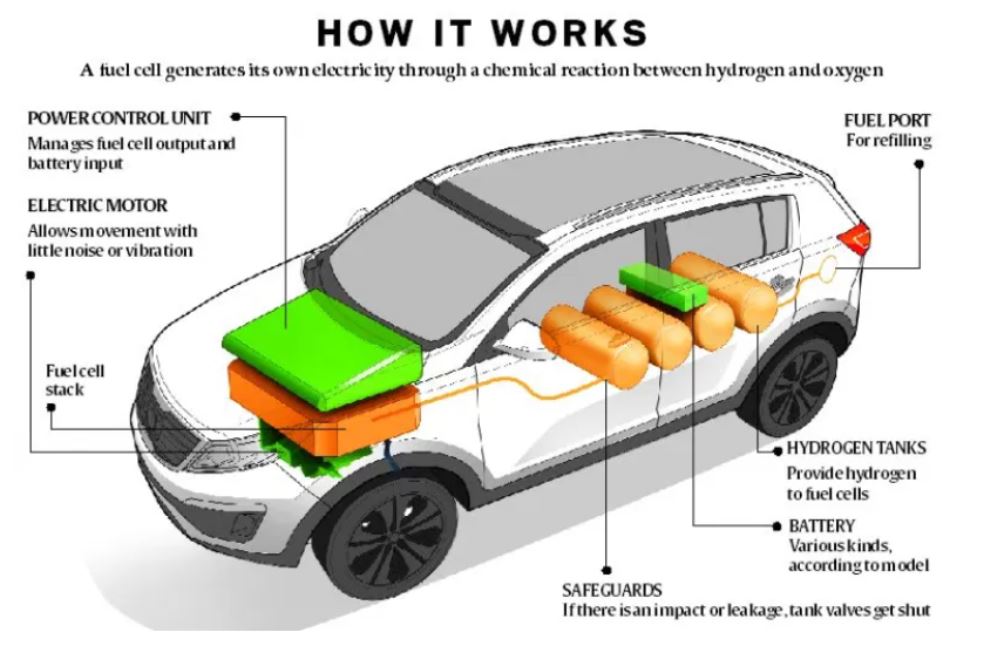 Hydrogen can be produced through a number of sources, be it thermal, wind, solar, CNG, LNG and the likes. But the most feasible sources of hydrogen, which is also available in surplus, is biomass. India has a huge biomass reserve which is either burnt of simply goes waste. Apart from livestock dung, agriculture and forest residual and sewage sludge are also CO2 free sources from which hydrogen can be obtained. Similarly, by virtue of electrolysis, hydrogen can be produced from the 40 per cent excess electricity available through renewable resources such as wind, water, solar and Geothermal. India’s vast coal reserves can also be used for the due process.