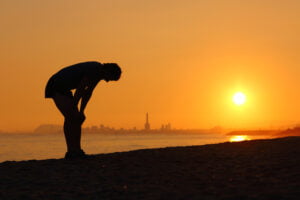 Giving up too early:

It is not that most people don’t know how to put the necessary effort to get to success; they simply don’t know how much it takes. It is not hard to see that it takes effort to succeed, but the question is how much. Knowing this is an intuitive knowledge one will gain only by learning to see activities to their completion.

Failure is not about being unaware of the fact that it takes effort to succeed; rather failure is not willing to hold on to something till its completion. Most people fail because they give up too early. This is probably the single biggest reason for failure. Not learning the art of completing a task is a sure way to fail.

What does it mean to see an activity to its completion? It is a simple habit of picking a task and continuing to do it for as long as you can, without giving up on it for any reason whatsoever. This might sound simple, but when you begin to practice it, you will realize the sheer effort involved in doing this.

There is strong impulse inbuilt in us to quickly finish a task and move on to the next thing. We don’t like to stay on one particular activity for too long. It is just in the nature of how our brains are wired; we always want to be moving on to something else. This impulse is what needs to be controlled if you have to see an activity to its completion.

Our mind has an inbuilt tendency to do a particular task for a while and then get bored for the sake of getting bored, no reason is required. Success is all about recognizing this tendency of the mind and not giving into it. Instead of your mind controlling how much and when you want to complete a task, you have to take control of your mind. This starts by developing simple habits of consistency and perseverance.

Not giving up, or at least not giving up too easily is one of the most important habits one can cultivate. If you observe people, you will be able to clearly identify this tendency. I am sure you know a few people who have the habit of persisting long after you have given up, and you also know a few people who give up too easily. Knowing if you are the giving up kind or the persevering kind is important to assess the changes you need to make to complete your tasks.

To put it simplistically, just pick up a task that would take more than a few days to complete, requires consistent effort, and gets completed only when it is fully finished, and work on it till you get it done. Pick as many such activities as possible and continue to practice. A day will come when you would have learnt the art of completing a task. Knowing how to see an activity to its completion is all it takes to succeed.

Day 43 – Q 1. The disintegration of the Ottoman Empire created many fault lines for Europes’s future. Do you agree? Substantiate.