In News: Amidst reports that China plans to build a major dam on the Brahmaputra, India said it “carefully monitors” all developments relating to the river, and that it intends to remain engaged with China on the issue of trans-border rivers to safeguard its interests.

Geopolitics in India China relations is not only limited to land disputes or competition in the oceans but also river disputes such as the one associated with the Brahmaputra basin. The water dispute between the two countries traces its origin to many decades, with China intending to start projects in the Tibetan Plateau surrounding the river since 1958 when Chairman Mao giving ideas regarding the Three Gorges Dam project on Yangtse river which after many years of difficulty, was finally constructed in2006. Following the construction of this dam, the Chinese government turned its focus to the Yarlung Tsangpo river projects, likely driven by challenges of water shortage it faced.

In contemporary times, the divergence between India and China over Brahmaputra is primarily driven by construction of hydropower power projects by China as well as the lack of transparency over hydrological data by the country. As a lower riparian state, India is at a disadvantaged position vis-à-vis China, which possesses the capability constructs dams as well as change the course of the river. These possibilities have direct implications for India’s North East region, where economic opportunities are already scarce. An alteration in the course of the river that feeds large swathes of land in the region could severely impact the residents of these states. Moreover, opaque data practices by China pose additional threats to India’s North East region that is home to many flood prone areas along the Brahmaputra basin.

The Brahmaputra river, known as the Yarlung Tsangpo in China, originates from Tibet and flows into Arunachal Pradesh and Assam and later drains into the Bay of Bengal through Bangladesh.

India has long expressed concerns over dam-building on the Brahmaptura. In 2015, China operationalised its first hydropower project at Zangmu, while three other dams at Dagu, Jiexu and Jiacha are being developed. Indian officials have said the dams are not likely to impact the quantity of the Brahmaputra’s flows because they are only storing water for power generation. Moreover, the Brahmaputra is not entirely dependent on upstream flows and an estimated 35% of its basin is in India. India does not have a water-sharing agreement with China, but both sides share hydrological data. 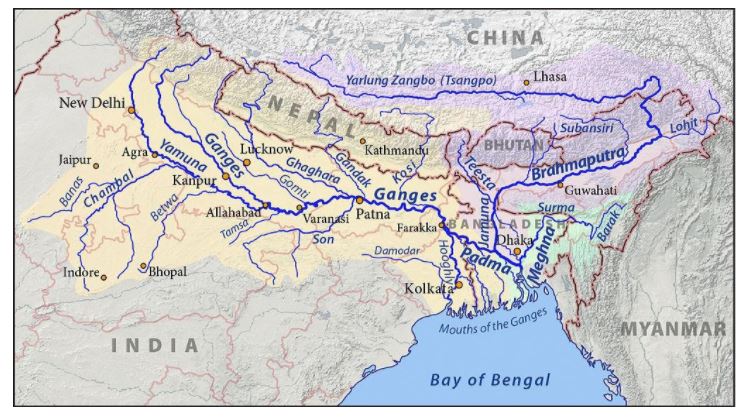 There are now multiple operational dams in the Yarlung Tsangpo basin with more dams commissioned and under construction. These constructions present a unique challenge for Indian planners because –