Joint Use of Chabahar Port

In News: The first Trilateral Working Group Meeting between India, Iran and Uzbekistan on joint use of Chabahar Port was held virtually recently.

The port is being developed by India, Iran and Afghanistan to boost trade ties among the three countries in the wake of Pakistan denying transit access to New Delhi.

In May 2016, India and Iran signed a bilateral agreement in which India would refurbish one of the berths at Shahid Beheshti port, and reconstruct a 600 meter long container handling facility at the port. The port is intended to provide an alternative for trade between India and Afghanistan. This port is 800 kilometers closer to Afghanistan than Pakistan’s Karachi port. In October 2017, India’s first shipment of wheat to Afghanistan was sent through the Chabahar Port. 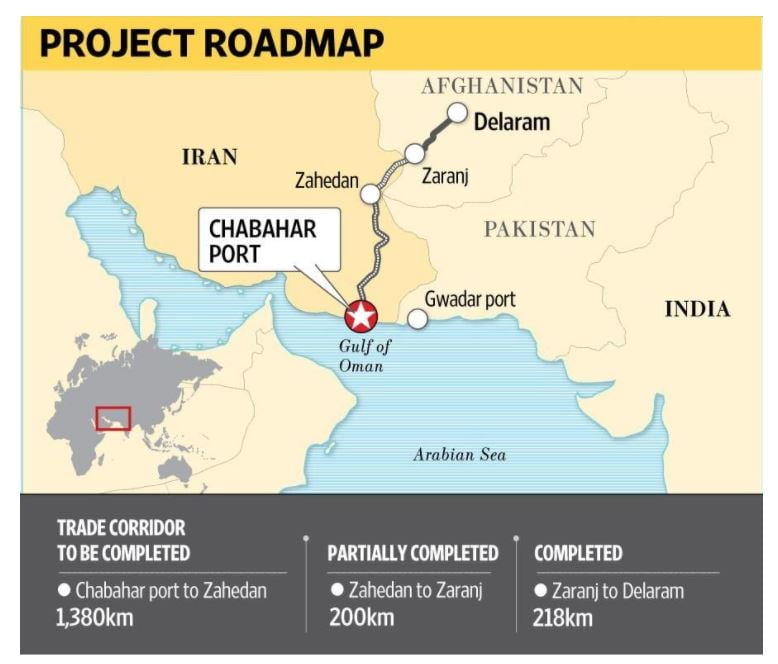