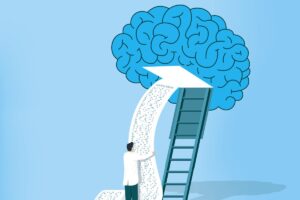 As much as we would like to believe that we are logical and rational creatures, the reality is that our beliefs shape our lives more than anything else. We do not scientifically verify every small detail of our lives before experiencing them; rather we operate based on our accumulated beliefs.

We do not wake up every morning and try to scientifically verify if the sun is out or not; we simply believe that he will be out. Like this, on many levels, we simply operate out of our beliefs. The key in making sense of our beliefs is to know the difference between positive beliefs and negative beliefs.

Any belief that can positive impact your life, irrespective of whether it is scientific, logical, or supported by people around you. For example, believing that you are smart and intelligent is a positive belief you have to hold on to irrespective of any evidence contrary to it.

Positive beliefs need not be verifiable. You do not need someone’s permission to believe that you are smart, intelligent, kind, or good. Just believing in a positive believe strongly strengthens it. It is as simple as that. Positive beliefs reinforce themselves as long as we do not push them away using some external force.

On the other hand, there can be many negative beliefs that hold us back. For example, to believe that you are not in control of your life, there is some external force deciding the fate of your life, might be negative in a way that it takes away your ability to make some meaningful changes to your life.