In News: India and the Netherlands have a strong and steady relationship, nurtured by the shared values of democracy, rule of law and respect for human rights and the historic bonds of friendship between the two countries.

Indo-Dutch relations date back to more than 400 years when the Dutch East India Company began trading in India. Diplomatic relations between India and Netherlands were established in 1947. Since then, the two countries have established strong relations, based on foundation of shared democratic ideals, pluralism, and rule of law.

India’s economic growth provides opportunities for Dutch innovation and technologies. We also see that apart from new companies entering the market, the existing ones are also keen on expanding. Dutch companies like Unilever, Philips, Shell and DSM have been here for a long time and are increasing their presence in India. These companies value the talents of their Indian staff too: Abhijit Bhattacharya currently is the CFO of Philips, while Sanjiv Mehta is a board member of Unilever.

India and the Netherlands have been working jointly on innovative solutions to global challenges in healthcare, water and agriculture for many years. The cleaning of the Barapullah drain in Delhi is an example. Both countries have joined hands to generate safe water from sewage streams for reuse in agriculture, thereby relieving the water scarcity in the city — and making the river clean.

Global sustainable challenges represent market opportunities for companies able to develop innovative solutions. India and the Netherlands can and should work together to redirect public and private investment towards the global challenges. 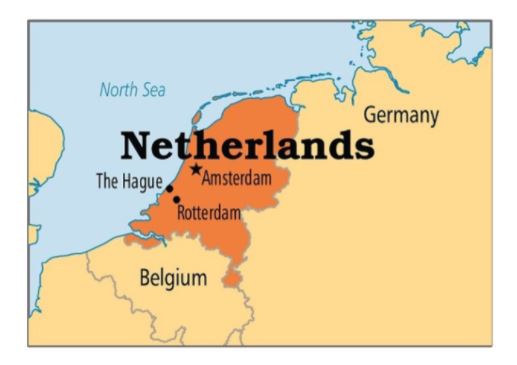 The Dutch delegation consists of businesses, knowledge institutions and government, travelling to India to scout for opportunities in the field of horticulture, healthcare, water and maritime resilience and high-tech. With the complementary talents, knowledge and resources of both countries are optimally positioned to create cross-cutting public-private-partnerships (PPPs), boost business and foster innovation-driven growth.

Dutch water management companies are increasingly active in India’s ‘Clean Ganga’ project — using the Dutch system of organising water treatment as a best practice. Affordable healthcare is another field that companies from the Netherlands are keen on exploring. India is great at cost-effective innovation and that expertise is vital to ensure the sustainability of healthcare systems globally as they are under increasing pressure due to increases in healthcare costs.

Collaboration is required not only to further develop our respective economies, but also to achieve the SDGs.

Indians in the Netherlands: The first Indian to settle in the Netherlands is likely to have been Gerrit Mosopatam, who is believed to have made the journey with Philip Baldaeus in 1666 – he is portrayed in the Rijksmuseum, in Indian clothing and a turban. Other notable visitors come under the spotlight, including philosopher and monk swami Vivekananda who came in 1896 and commented on the ‘strange appearance of the Dutch cities with canals instead of streets’. Poet Rabindranath Tagore, the first Asian to win the Nobel prize for literature, visited in 1920 and, the ambassador writes, his mainly female audience was ‘utterly spellbound’ by his readings.

[WEEK 8] ESSAY 15: If development is not engendered it is endangered | BRAINSTORMING ON ETHICS & ESSAY (BEE) by Sunil Oberoi Sir