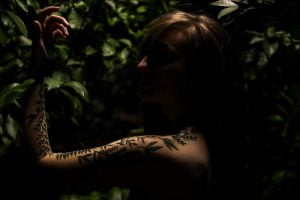 The Spark of Life:

Our lives aren’t so much different from that of animals, or plants for that matter. Think about it: When you pick a plant or pull a leaf off a tree, within a short time it withers, dies, and decomposes. That spark of life has been severed and survival is no longer possible for what has been picked. Similarly, when a person dies, that spark of life is gone so the body withers and returns to the earth.

That spark is the exact same spark for all living creatures; it’s called existence. We’re all swimming in it and don’t even recognize it. “We are like fish swimming in the ocean; we can recognize everything except the water, because we’ve always been in the water.” In this analogy, water is the spark of life.

Subconsciously for ages, people have equated human situations to plants in language. We have been comparing ourselves to the plant kingdom without giving it serious thought, but the sayings have a great foundation. For contemplation, here’s a sampling of horticultural words we use to describe human situations:

When you move from one town to another, it takes a while to “put down new roots”

Once you do put down new roots, you’ll always be a “transplant”

Large companies have “branches” and they “branch out” into new territories

A successful meeting could be considered as “fruitful”

A naughty child is sometimes referred to as “rotten”

Notebooks with separate sheets of paper are called “loose leaf”

When you’re in a situation great for learning, it’s called “fertile ground”

A “leaflet” is a small pamphlet

A “sprout” is a baby or small child

People just starting out in a creative endeavor are referred to as a “budding musician”, or a “budding artist”.

Take the word “ovule”. It’s used in both the plant as well as the animal kingdom–it’s used to represent the very first stages of life in each. Once we start growing, we take different directions, but we both started with ovules!

I think it’s fascinating to look at all the similarities we share with the plant and animal kingdoms. Makes the world feel a little more like home, doesn’t it?