Context As per a National Institute of Public Finance and Policy (NIPFP) study, the Government can rationalise the GST rate structure without losing revenues by rearranging the four major GST rates (5%, 12%, 18% and 28%) with a three-rate framework of 8%, 15% and 30%. 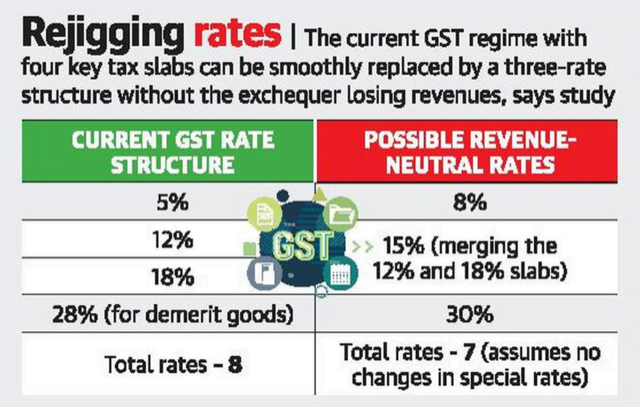