Context: By October 2020, official data confirmed that the Indian economy had gone into a technical recession. But since then, the gross domestic product (GDP) has been clawing its way back. 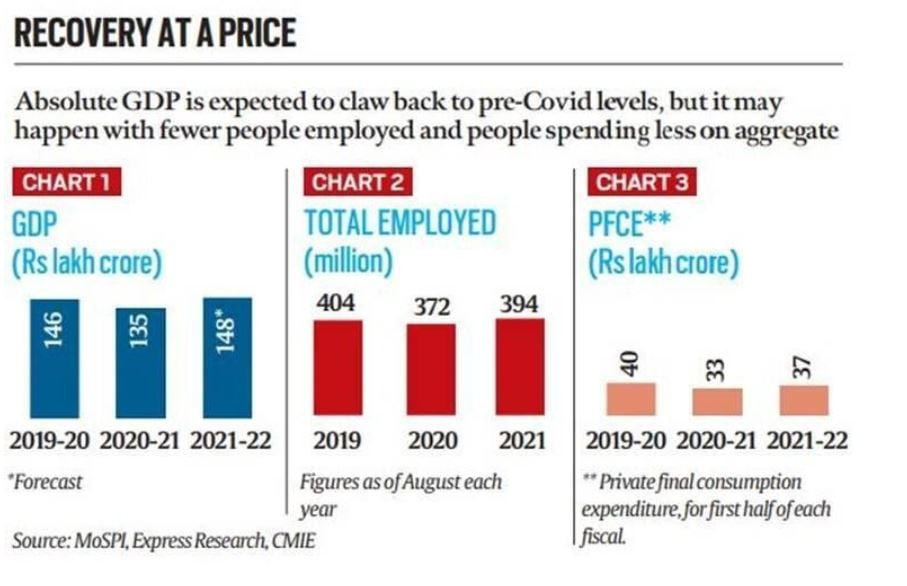 Indian economy: What lies ahead in 2022

Four factors that are likely to play a crucial role in how the economy shapes up in 2022: