Context: From the next academic session, Karnataka is likely to become the 13th state to provide eggs under the midday meal scheme (MMS).

What is the history of the Midday meal scheme?

What is the scale of the scheme today? 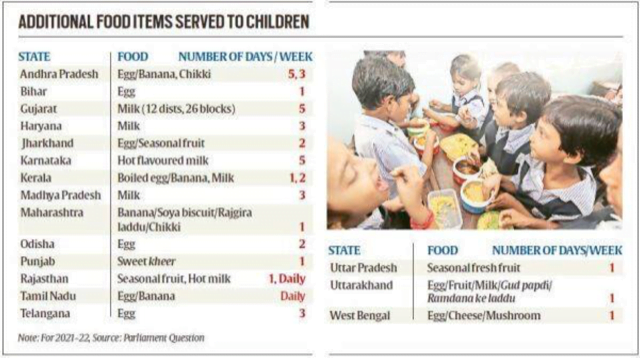 What is usually on the menu?

How wide are these variations in supplementary nutrition?

Why are eggs part of the menu in so few states and UTs?

Do the Centre and states run the scheme jointly?

Quarter-billion people face extreme poverty in 2022 as the rich get richer: Oxfam