Why in News: The State Coordinator of the National Register of Citizens (NRC), Assam has requested members of foreigner’s tribunals across the state not to consider the draft NRC and supplementary list as reliable evidence for disposal of cases under it. What is the NRC and when did it start?
Is there any legal basis for NRC?
Why there was a demand for updation of NRC in Assam?
Why is the NRC being updated now?
How was the NRC updation process in Assam carried out?
Why was the process so contentious?

The second draft was published on July 30, 2018. It excluded 2.48 lakh “D” voters and their descendants. It was reported that even “D” voters who had fought cases and got their names cleared in Foreigners’ Tribunals were continued to viewed as “D” voters & excluded from the list.

What happens to the people left out of the final list?
What happens to those who lose cases at the Foreigners Tribunals & courts?
What is the present status of Assam NRC?
Is NRC related to the Citizenship Amendment Act (CAA)?
Will there be a nationwide NRC?
What is NPR?

Is NPR connected to NRC? 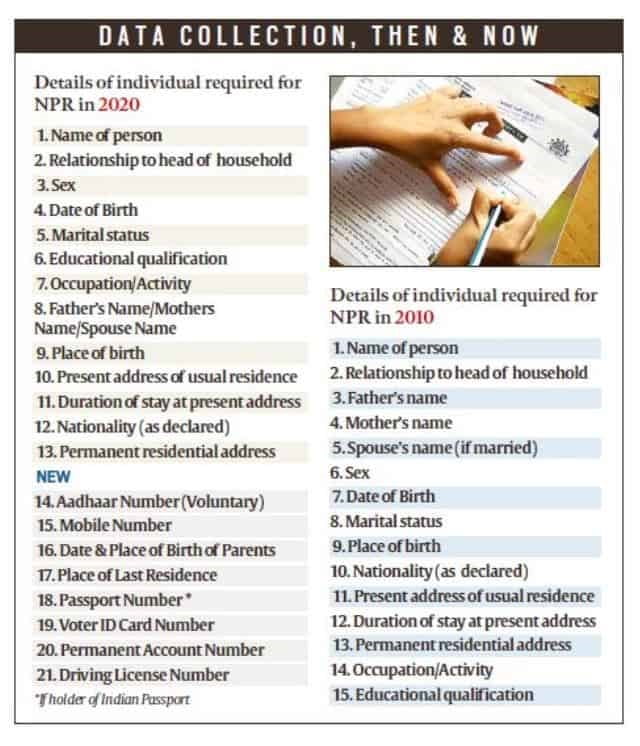 Mains Practice Question – What are the intended benefits of National Register of Citizens (NRC)? Explain. Is it a good idea to have a national level NRC? Critically examine. 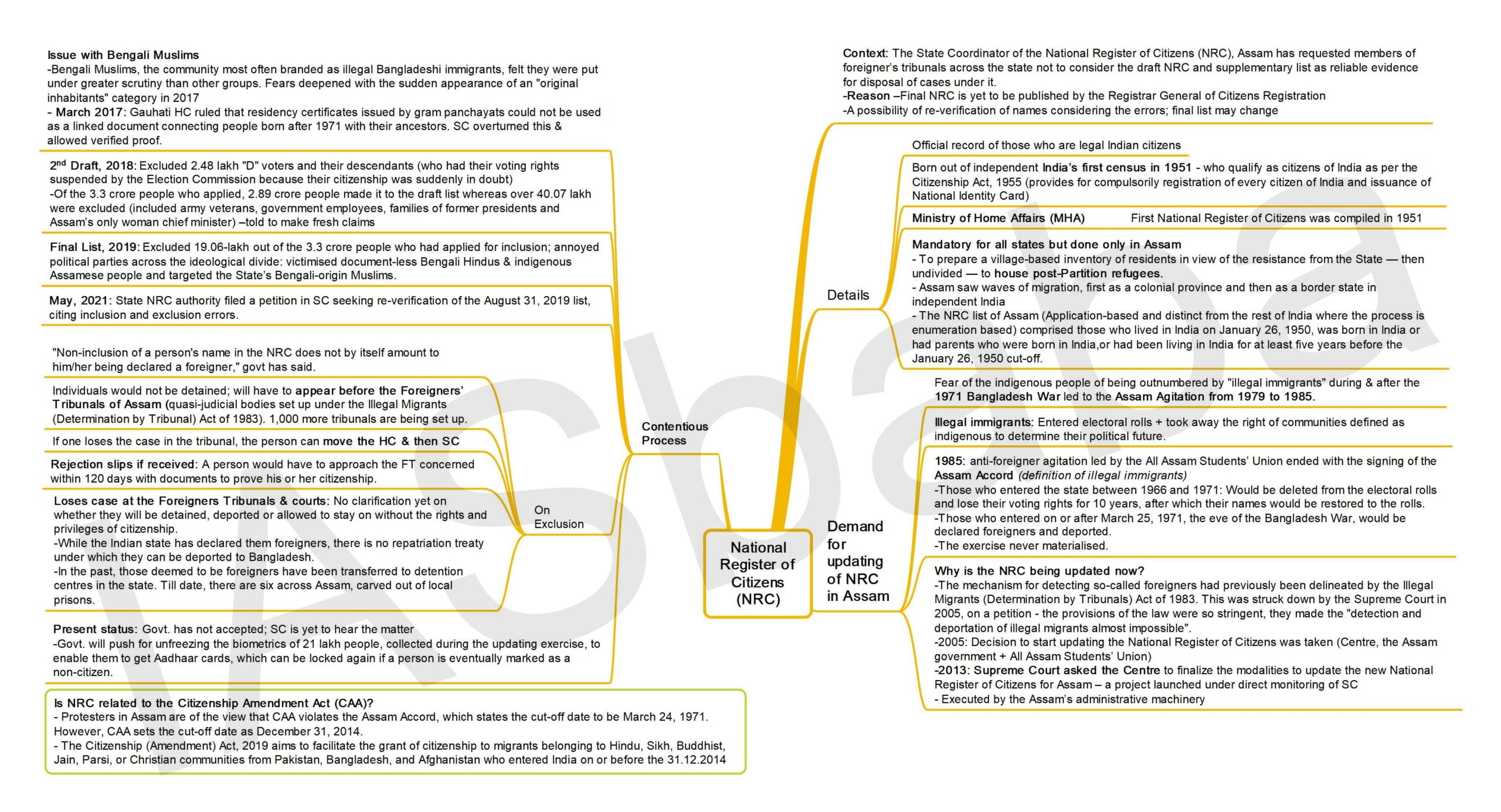