In News: At least 26 states of India have less number of Indian Administrative Services (IAS) officials than sanctioned strength. This is the situation when India is the first country in the world where a unique model, called ‘National Standards for Civil Services Training Institutions’ (NSCST), has recently been launched for the training of civil servants.

The Effect: The gap between sanctioned and available strength is hampering policy-making and implementation of national welfare schemes in the states. 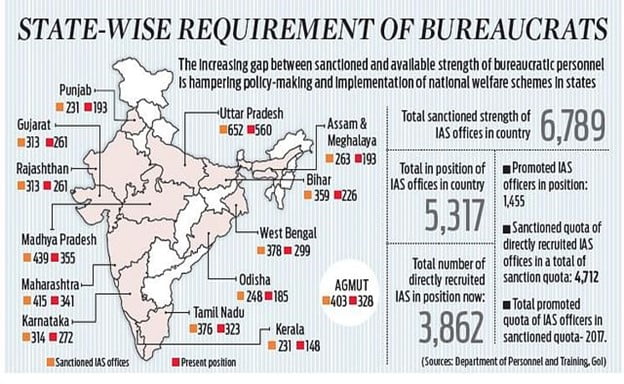