Context: Recently, over 20 people have been killed in destruction caused by cloudbursts and flash floods in different parts of Himachal Pradesh and Uttarakhand over the last three day.

How common are cloudbursts?

Is it possible to forecast cloudburst?

As per the IMD, there is no long-term trend that suggests that cloudbursts are rising. However, the incidents of extreme rainfall, as also other extreme weather events, are increasing, not just in India but across the world.

Several studies have shown that climate change will increase the frequency and intensity of cloudbursts in many cities across the globe. 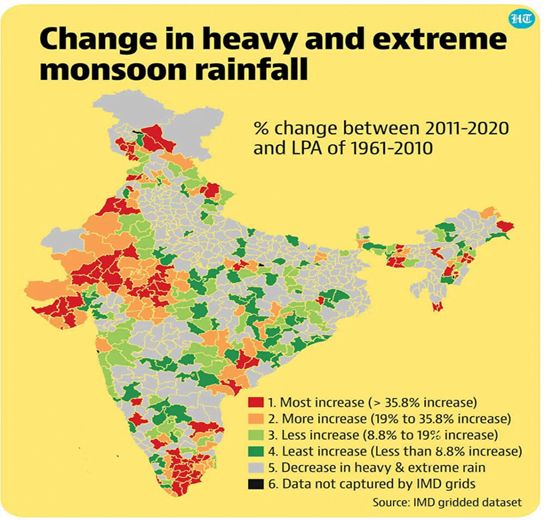 Number of women scientists goes up