In News: the Comptroller and Auditor General (CAG) of India tabled a report in Parliament on whether steps taken by the Union Environment Ministry to conserve India’s coastal ecosystems have been successful.

What are the Centre’s obligations on conserving the coastline?

Why did the CAG undertake this audit?

What did the audit find?

The audit pointed out various categories of violations.

What are CRZ norms? 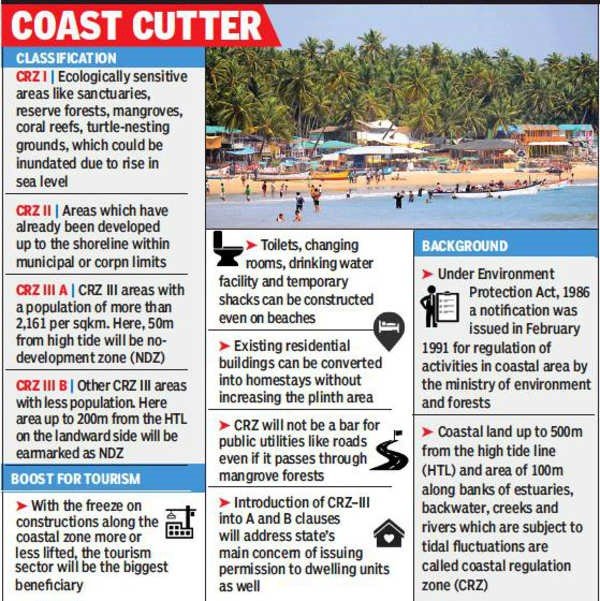 CRZ-II (Areas which are developed up to the shoreline and falling within the municipal limits; includes built-up area – villages and towns are that are already well established),

CRZ-III: Areas that are relatively undisturbed and do not fall under either in Category I or II and also include rural and urban areas that are not substantially developed.

CRZ-IV: The aquatic area from low tide line up to territorial limits is classified as CRZ-IV including the area of the tidal influenced water body.