This incident should prick the nation’s conscience, and remind policymakers of unmet promises and unfinished tasks, as India begins the “Amrit Kaal” to the centenary of its Independence. 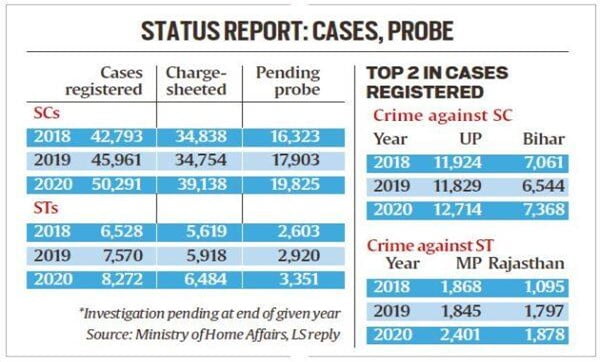 Reasons for Crime against SC/ST:

Provisions safeguarding the rights of SCs and Sts in India

The Indian Government has enacted laws to remove negative discrimination and has also brought in many reforms to improve the quality of life for the weaker sections of society. Few among them are: