In News: As the dues of power distribution companies (discoms) to power generators surge to unsustainable levels, with states holding back payments to be made to discoms for electricity supplies as well as against subsidies for free power schemes, the Centre is set to give distribution reforms a renewed push. 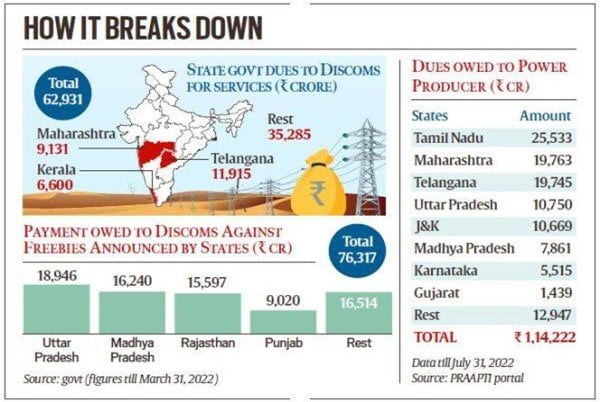 The amendments to the act and other recent policy initiatives like the Ministry of Power’s flagship Revamped Distribution Sector Scheme (RDSS) are aimed at resolving issues in the power sector by improving the performance of the distribution sectors which has been a drag on the industry.