In News: On this day 80 years ago — on August 9, 1942 — the people of India launched the decisive final phase of the struggle for independence.

Gandhi’s address: Do or Die

The people vs. the Raj 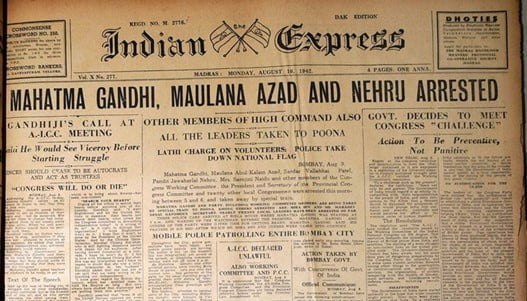 However, though the movement was quelled, it changed the character of the Indian freedom struggle, with the masses rising up to demand with a passion and intensity like never before: that the British masters would have to Quit India.

Q.1) With reference to 8th August 1942 in Indian history, which one of the following statements is correct? (2021)

The Panchayats (Extension to the Scheduled Areas) Act (PESA Act)