The report details serious rights abuse against Uighurs and other ethnic minorities in Xinjiang and states that such treatment by China may amount to “crimes against humanity”.

India is currently the third largest carbon emitter in the world, behind the US and China. 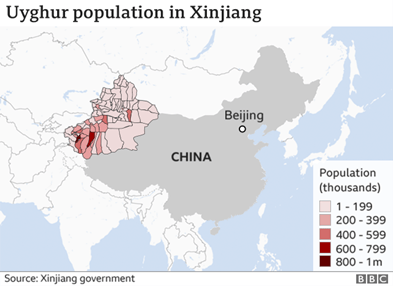 Where is Xinjiang and why is it important to China?
Who are Uighurs?
What are the key highlights of the recent UN report and what is Chinese counter?

What will be the outcome for China?

Mains Practice Question – How do you analyse the recent UN report on Chinese treatment of Uyghurs in its north western Xinjiang region?