In News: The Indian Space Research Organisation (ISRO) just declared that it has successfully demonstrated the new technology with Inflatable Aerodynamic Decelerator (IAD). 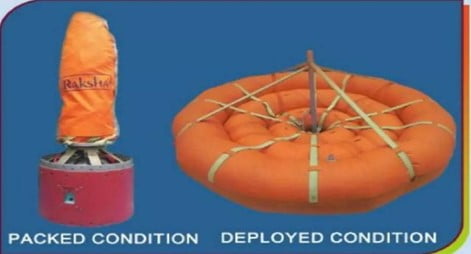 Where does ISRO intend to use it?

1) Which one of the following statements best reflects the idea behind the “Fractional Orbital Bombardment System” often talked about in media ?