Context: India’s agriculture exports have grown 16.5% year-on-year in April-September, and look set to surpass the record $50.2 billion achieved in 2021-22 (April-March).

Are exports growing despite restrictions being imposed by government?
What is happening at the imports side? 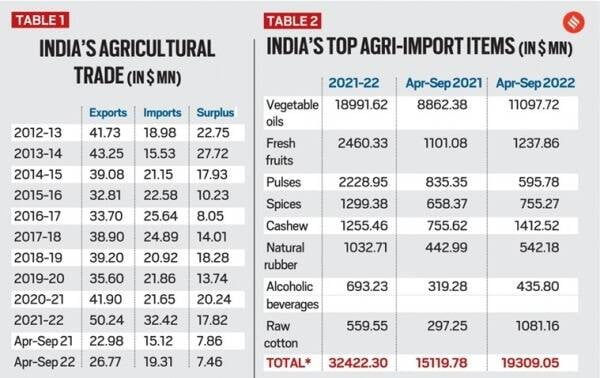 What are India’s top agri-export items? 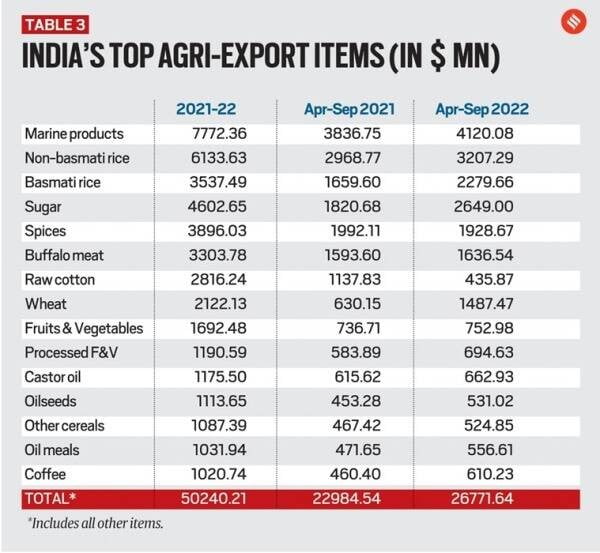 How is Vegetable oil tilting the agricultural trade balance?
What initiatives have been taken for the export promotion of agricultural and processed food?

Main Practice Question: How has liberalisation impacted India’s agricultural trade policy? What are the headwinds that Indian agri-exports faces in the near future?