Context: The World Antimicrobial Awareness Week 2022 concluded recently with the Muscat Ministerial Manifesto on AMR being agreed upon at the Third Global High-level Ministerial Conference on Antimicrobial Resistance (AMR).

Emergence and spread of AMR:

The main drivers of antimicrobial resistance:

Factors responsible for AMR in India: 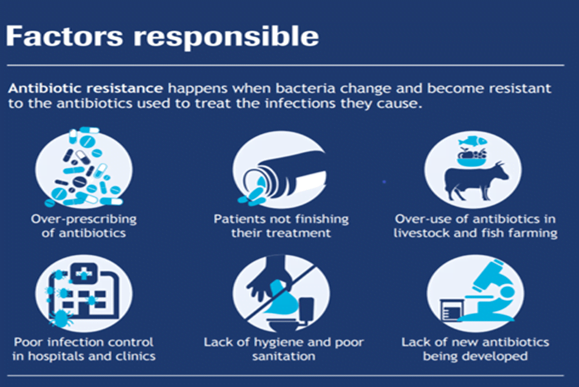 Various Initiatives adopted in this regard: