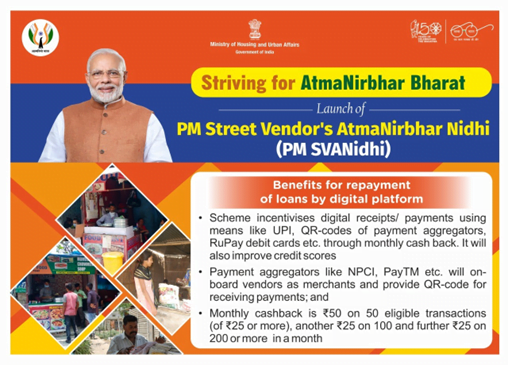 The PM SVANidhi scheme offers incentives in the form of:

Eligibility Criteria: The PM SVANidhi scheme is available to all street vendors who are engaged in vending in urban areas as on or before March 24, 2020. The eligible vendors are identified as per following criteria: