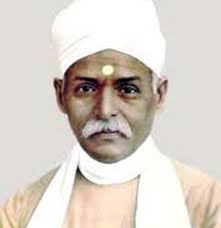 Q.1) During Indian freedom struggle, the National Social Conference was formed. What was the reason for its formation? (2012)