In News: On June 3, a three-judge bench of the Supreme Court heard a PIL which sought to protect forest lands in the Nilgiris in Tamil Nadu, but was later expanded to cover the entire country.

What are Eco-sensitive zones (ESZs): 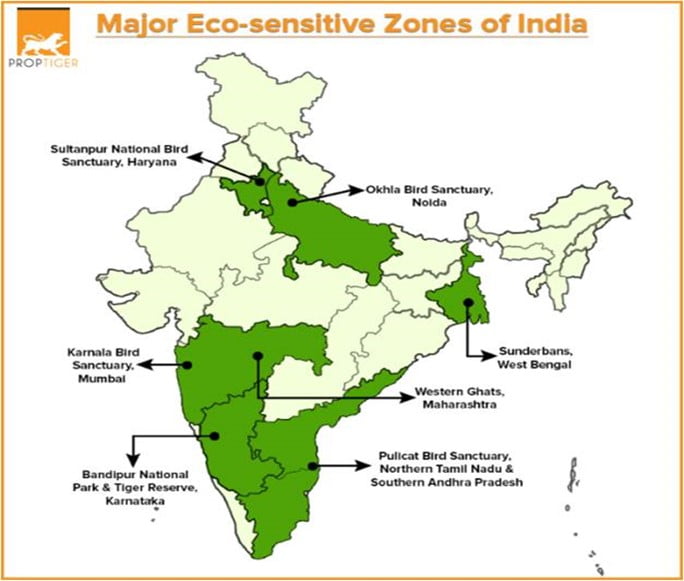 Q.1) With reference to Eco-Sensitive Zones’, which of the following statements is/are correct? (2014)