Context: Germany has not decided whether to allow its Leopard 2 tanks to be sent to Ukraine which can be used against Russia during the ongoing war between the two countries. 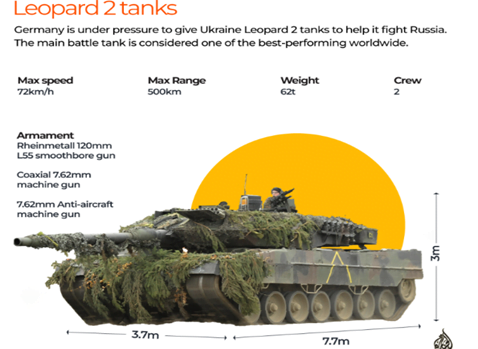