1. Weightage given since 2011
2. Recent Trend
3. Clarity of Concepts
4. Indian Geography

‘Geography is the study of man, his environment and interaction between the two’. This definition of geography tells you about the comprehensive nature of Geography and its vastness.

Geography has ‘overlapping’ topics which covers Environment, Economics (Human geography- Demograpy) and  Current Events. One should always have an ATLAS while studying geography. It gives you more insights, makes your reading more meaningful and enjoyable. 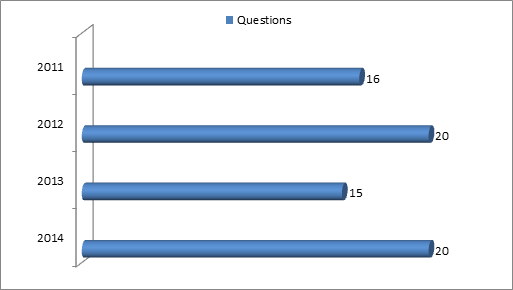 This question, though basically forms part of Current Events section, has a direct correlation with Geography.

This question, though basically forms part of ‘Environment’ section, it has a direct correlation with Indian Geography.

Due to the overlapping nature of questions, and increase in weightage given to Environment, Geography becomes even more important. Many of these questions can be answered, when basic concepts in Geography is clear.

While studying Geography, clarity of concepts and it should be substantiated with appropriate facts. Everybody (from your seniors, people who have cleared the exam, friends, fellow aspirants, even the dabbawala’s, house-brokers in delhi 🙂 ) keep talking about this clarity of concepts. But would not have explained you what does it really mean 🙂

So the next question is, what do you understand by ‘Clarity of concepts’?

We would illustrate this with an example:

Concept: Why does ‘narmada river’ is a West flowing river and not East?

Think & Learn: (This is for you to ponder over)

By now, from the above illustrations’ you would have understood the following aspects:

Now, let us get into the detail strategy of Geography

Weightage given to Indian Geography (since 2011)

More importance should be given to Indian Geography, which accounts for 80% of Geography Prelims Questions.

How to approach Indian Geography?

India’s physiography is so diverse that it can be divided into:

Example: Coal occurs mainly in Gondwana region. It is used in power generation, but since it’s a fossil fuel it leads to release of CO2 (a major greenhouse gas)

Note: Before studying about Monsoons, go through the Climate topic under World Geography for Basic understanding on Climate and Weather.